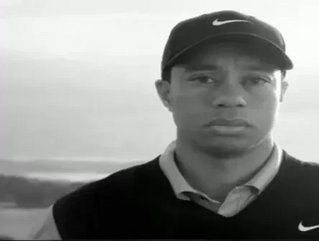 For a global company, a celebrity endorsement can make for some serious cash. Take for instance, Nike’s use of ace athletes to promote golf balls, basketballs, soccer gear, and the like. But when the celebrity is caught playing the field with a mistress, or taking part in illegal substances, that celebrity will not only forever banish consumers from the person, but also the brand and product that are under promotion.

Here are the top celebrity endorsements gone bad and its affect on the brand that provided the platform and products for which he or she would have promoted – if it weren’t for those bad habits.

Tiger Woods’ romp in the sack with some unknown beauties not only tarnished his relationship with ex-wife Elin Nordegren and family, but also took a hit on his Nike Golf campaign. Gatorade, AT&T, Accenture and Gillette completely cut their ties with Woods, making for a loss of about $22 million in endorsements in 2010 and Nike is still trying to lick its wounds from losses in its Golf department. Nike Golf successfully created a 30-second ad featuring Tiger’s late father Earl Wood’s voice in preparation for Tiger’s return back to professional golf at The Masters. The short ad titled “Earl and Tiger” managed to symbolically speak on Tiger’s personal life while also showing the rest of the world that Tiger, indeed, still has a heart – for the sport.

Michael Phelps became the Olympic hero of 2008 by winning eight medals in the Beijing games but when pictures surfaced of the swimmer inhaling from a marijuana pipe, his celebrity endorsements also took a hit. Kellogg Co. pasted Phelps’ mug across their boxes of cereal and snacks but because pot smoking is “not consistent with the image of Kellogg,” Phelps got the boot. Kellogg wouldn’t disclose the value of the endorsement, however Visa, Speedo, Swiss watchmaker Omega, and others stood by his side.

Kate Moss became the epitome and face behind “heroin chic” while she climbed to the top of the modeling world in the 90s, but when she was caught snorting cocaine by a British tabloid in 2005, her endorsements with luxury brands Burberry and Chanel ended. However, Swedish retailer H&M originally said they would honor their contract with Moss, before changing their mind and dropping her.

O.J. Simpson, before his little drive through the freeways in Los Angeles and that whole murder scandal debacle, was once prized in the football world for his all-American persona. But once the chatter of domestic abuse surfaced in 1992, his endorsement with Hertz quickly terminated. Now, if only Simpson would have driven a Hertz car rental down the 405, he might have held onto that endorsement!

Madonna, to this day, likes to stir up the pot when it comes to provocative fashion, male suitors, spiritual beliefs and musical performances. When her “Like a Prayer” music video made its debut in 1989, Pepsi announced that they would revoke its year-long, $5 million endorsement contract that not only would highlight the singer in their commercials but also sponsor her next concert tour.

Michael Vick will forever be known as the dog fighter circus leader to much of America. Because of the dog fighting charges against him, Vick lost endorsements from sport equipment manufacturer Rawlings even before the conviction and had “determined that ending [their] relationship with Mr. Vick at [the] time was necessary.” Nike cut ties with Vick two days after his indictment and vowed not to release his Air Zoom Vick V shoe; Reebok pulled Vick jerseys from its retail shelves; and Upper Deck removed his autographed memorabilia from its online store and banished him from the season’s card sets.

Kobe Bryant was accused of sexually assaulting a 19-year-old in 2003 and has somewhat plastered a band-aid on the disaster after losing a laundry list of endorsements. McDonald’s at the time launched a new salad campaign geared toward mothers and cut ties with him sometime after the accusation, along with Nutella. Nike held onto their five-year $40 million contract with Bryant, but refused to use his image for a new shoe for the year. He has since resumed endorsement with Coca-Cola to promote their Vitamin Water brand of drinks.

Akon lost his endorsement and sponsored music tour with Verizon Wireless after he reportedly simulated a rape of a 15-year-old girl on stage during a concert in Trinidad in 2007. Verizon pulled his ringtones and music from its online stores and pulled any TV and radio sports featuring the singer and his music. At the time, Akon was headlining for Gwen Stefani and her Sweet Escape tour and she, too, lost the sponsorship.