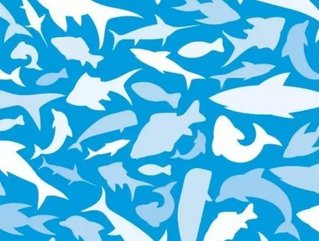 Are you an online dater? You may use your mobile device or desktop computer to test the theory of there being “plenty of fish in the sea,” but how do you feel about Internet spam?

Founded in 2003 by Markus Frind, online dating site, Plenty of Fish, began in Vancouver, British Columbia and continues to be headquartered there. And though the popular tool to help bring lonely people together has hooked over 90 million members worldwide, it seems that the company has found something else floating in their waters: a hefty fine!

Apparantly, the CRTC (the Canadian version of the FCC) has slapped Plenty of Fish with a $48,000 fine for not properly obeying Canada’s new anti-spam laws.

RECENT TOPIC: Do You Suffer from Internet Addiction? Canadians Rank amongst Biggest Online Users in the World

Supposedly, there have been numerous complaints regarding PlentyOfFish Media Inc., implying that the dating site has sent a variety of emails to members without a clear method to unsubscribe—a condition under the new anti-spam legislation, which took hold on July 1, 2014. Specifically, the company has been charged with sending commercial emails to clients detailing users about services available via their site.

Taking place between July and October of last year, the issue has since been dealt with and Plenty of Fish has corrected their emails to implement the new law. And while $48,000 may not seem like too much of a fine for Frind, a man who has a personal wealth of over $200 million, this example is one of the first to take place since the new anti-spam law went into effect.

RECENT TOPIC: Best Buy Makes Future Store a Thing of the Past

It should come as no great surprise how popular online dating sites have become in recent years. Created to guard users from online scams, these anti-spam laws clearly showcase the simple fact that even if you’re behind a smart phone or desktop, protection is still very important.