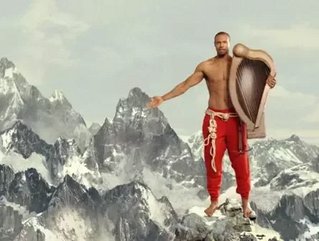 Viral marketing: it seems to be the marketing term on everyone’s tongue. In a world where the Internet is king, breaking through the advertising clutter a person sees daily can be almost impossible. Even more, with the introduction of Tivo and other DVRs, commercials and video clips have it even harder on all mediums. Because of this, it seems nowadays all anyone cares about is if a video goes “viral.” But many are wondering how it is technically pulled off. Business Review Canada will analyze  exactly what a viral video is and which companies have taken their advertising to the viral level successfully.

Everyone today has heard the term viral, but what exactly does it mean? Many marketers have tried to reach the viral level, thinking that there is a cold cut formula, but haven’t. What’s craziest about the viral hype is that there is no telling what exactly will be viral. A copywriter at an ad agency may think that their written word is hilarious, but it may fall flat with the TV and Internet audiences.

To get a better grip on what viral  is, let’s take a closer look at viral videos in general—like one that was made with no intent of popularity but still became virally popular.

Charlie Bit Me has become an Internet phenomenon. Here, you can see that it’s clearly a home movie where two children are doing what children do. Their mother just happened to catch them being adorable kids and the Internet audience loved it. As of this writing, Charlie Bit Me has had 368 million views on YouTube, which doesn’t even count the views seen on other video hosting sites. Clearly, this video was uploaded to share, but I doubt these children’s parents had any idea of how big it would get.

A regular news report turned Internet explosion, Antoine Dodson was featured in a news story about a break-in in Huntsville, AL in the US. Clearly an interesting character, Dodson warned the intruder “You don’t have to come and confess that you did, we’re looking for you. We’re gonna find you, I’m gonna let you know now. So you can run and tell that…homeboy.” This clip quickly spread across the Internet and now has had upwards of 36 million views. Soon after, the clip was picked up by another YouTube/Internet sensation Auto-Tune the News, a musical group called The Gregory Brothers who alter news clips with the Auto-Tune effect while performing alongside.

The new Auto-Tuned Antoine Dodson became so popular, Antoine and The Gregory Brothers performed together at the BET awards. Their version of the newscast has acquired more than 88 million views on YouTube.

When it comes to viral marketing, the goal is to take the Internet’s “viralness” and utilize it in the promotion of a brand. Some are successful and as always, some aren’t. Who has been able to pull it off? A few brand names should come to mind, but number one across the board is Old Spice. Why is Old Spice seen as a ruler of all things viral? Its advertising is not only funny and gets viewers to pay attention during TV programs, but the commercials are then shared hundreds if not millions of times online. Their first successful commercial was played during the NFL’s Superbowl 46 in 2010.

This commercial was the beginning of one of the most successful viral campaigns to date with a YouTube view count of more than 35 million. Fortunately, Old Spice, paired with Wieden + Kennedy advertising agency, has continued making commercials and hasn’t lost stamina along the way, seemingly trying to outdo itself in the process.

Even further, Old Spice has promoted its campaigns using other means online. Utilizing social media unlike any other brand has so far, Old Spice has gotten phenomenal audience response. One example was its interaction with Twitter users who tweeted the Old Spice Brand name. The Old Spice Guy, so the actor Isaiah Mustafa has been coined, would respond to people’s inquiries through YouTube in a way that has made the campaign increasingly viral.

With Old Spice reigning over viral marketing, will another brand be able to compete? No one knows what will be the next big thing on the Internet, but brands continue in hopes that they’ll be next. Overall, it seems that humor is the Internet’s currency and companies would do well to start with that.