Canada ranks top as destination most foreigners want to work 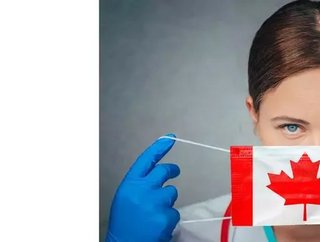 US loses its crown to Canada, and Asia Pacific countries rise in the rankings of the most desirable destinations to work, reveals BCG's latest study...

The United States has lost its crown as the place foreigners would most like to work, with Canada now regarded as the top destination, according to a recently released study by Boston Consulting Group (BCG) and The Network, a global alliance of more than 60 leading recruitment websites.

The study, which has been made into a report titled Decoding Global Talent, Onsite and Virtual reveals that the pandemic, unsurprisingly, has had a major impact on people’s attitudes toward working overseas, not just leading to less interest generally but inclining them toward countries that have more successfully curtailed and contained COVID-19.

And while restrictive immigration policies have certainly weakened the mobility trend, the pandemic has made people even more cautious about relocating international. And with the rise of remote working, "many may feel that they can further their careers virtually, wthout needing to move at all", says Rainer Strack, senior partner at BCG.

Top 10 rankings have all contained the pandemic

What almost all the countries that have moved up in the top ten rankings have in common is their relatively low incidence of COVID-19 cases, mainly due to the way the countries have handled it.

This includes top-ranking Canada, whose strong coronavirus management has helped the country move ahead of the US, as well as Australia, which ranks as number three among global work destinations, and Japan, now ranked number six, having jumped four places. Furthermore, two Asia-Pacific countries that have secured public praise for their public health response, Singapore and New Zealand, appear on the list for the first time.

Besides being number one overall, Canada is also the first choice for those with master’s degrees or doctorates, for those with digital training or expertise, and for those younger than 30, all characteristics that companies and countries prize.

Concerns over the coronavirus response in Europe contributed to a decline for many previously popular European destinations. Germany and France each fell two places in the rankings, while Italy and Spain fell off the top ten list completely.

Attitudes toward the world’s most famous cities likewise reflect their countries’ coronavirus responses. New York, Barcelona, Rome, and Madrid are now considered much less attractive as work destinations than they were in 2018. Asia Pacific countries Tokyo and Singapore have increased in attractiveness, as have Middle East destinations Dubai and Abu Dhabi. 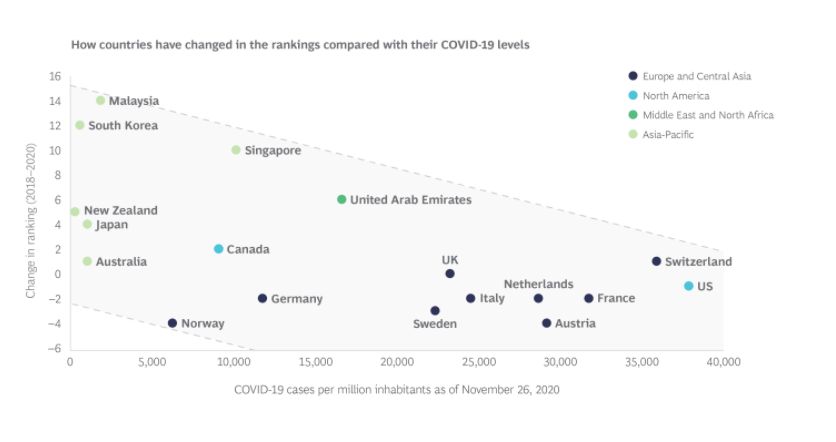 But while the survey suggests less willingness to relocate to a foreign country, it does reveal a high level of enthusiasm for the model of staying in one’s home country while working for a foreign employer. Some 57% of participants say they are willing to do this, and when remote international work is the question, the US is number one once more.

The overall openness to virtual work is especially high among people in the IT and digital fields with 71% of people with digital or analytics backgrounds saying they would be willing to work for a company with no physical presence in their own country. So did 67% of people with IT and technology backgrounds. Among people with master’s degrees or above, the willingness quotient was likewise high: about 62%.

According to Pierre Antebi, a co–managing director of The Network, hiring people from other countries is not a new practice for employers, but "the trend of remote working makes it possible to do it on a broader scale and expand the available talent pool". There’s also an upside for workers, who can advance their careers without uprooting their lives.”

The report describes the challenges companies face in offering remote international employment — including cultural integration and the securing of visas — and highlights some early solutions.