2012 BlackBerrys poised to be underwhelming 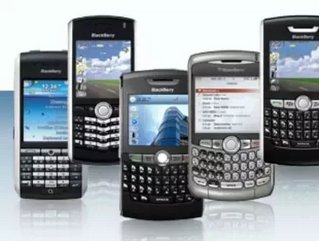 I can’t tell you how many people I’ve known who have been completely annoyed with their BlackBerry smartphones after moving to the brighter side/Apple’s iPhone. BlackBerrys used to be the cool thing to have back in the day when that silly little roller ball was the most efficient way to navigate through a confusing phone. Today, people are seriously losing their marbles when it comes to using their BlackBerry and threatening to throw it out the window.

Despite its last place position in the smartphone popularity contest, BlackBerry and its creator, Research In Motion, is set to launch another set of underwhelming QNX-based phones next year and tech geeks are continuing to make fun of the brand for its attempts.

Smartphone manufacturers are staying ahead of the game by offering dual or multicore CPUs for devices; the next-gen iPhone is also rumored to run on the same A5 dual-core processor as found in the iPad 2. However, RIM plans to launch a single-core device next year that runs on the future QNX operating system, which is also found on the PlayBook tablet that has also taken its time to pick up the steam.

The first QNX-based RIM phone is presumed to be called the BlackBerry Colt and should arrive in 1Q2012. The device will launch without supporting BlackBerry’s Enterprise Server, which is also worrying many people, and means that the user must use Microsoft’s ActiveSync in order to use email.