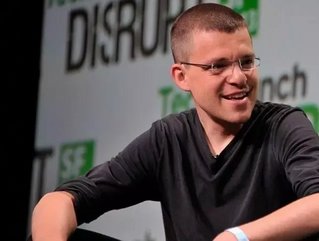 American high tech business leaders believe that religious freedom, inclusion, and diversity can co-exist and everyone including LGBT people and people of faith should be protected under their states’ civil rights laws. To this effect, a growing number of high profile tech CEOs—including those from Twitter and eBay—led by Affirm CEO Max Levchin, have issued a joint statement in response to a recent host of anti-LGBT bills pending or signed in to law in states around the country. The joint statement calls on all state legislatures to add sexual orientation and gender identity as protected classes to their civil rights laws and to explicitly forbid discrimination or denial of services to anyone.

For Chad Griffin, President of the Human Rights Campaign—America’s largest civil rights organization working to achieve lesbian, gay, bisexual and transgender equality—the call by high tech to protect LGBT peoples is also an important statement about the availability of jobs. “These leaders have made it clear: if states want high tech jobs, they must put fully inclusive nondiscrimination protections in place immediately," he said.

For these leaders, the values of diversity, fairness and equality are central to their industry. “These values fuel creativity and inspiration, and those in turn make the U.S. technology sector the most admired in the world today,” reads their statement.

Finally, these leaders are adamant about their proposal for states to amend their civil rights laws to protect LGBT peoples. “Anything less will only serve to place barriers between people, create hurdles to creativity and inclusion, and smother the kind of open and transparent society that is necessary to create the jobs of the future. Discrimination is bad for business and that’s why we've taken the time to join this joint statement,” they write.

Related Story: Is Your Company Plugged in to the Right Tech Products?