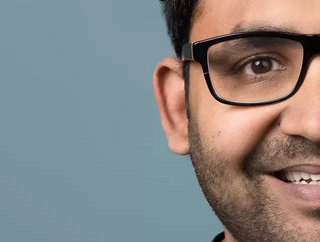 Following the step-down of Twitter co-founder Jack Dorsey as chief executive, CTO Parag Agrawal assumes leadership. But who exactly is he?

As Twitter CEO Jack Dorsey steps down, but remains a member of the board until 2022, Parag Agrawal steps out of the social network shadows as CTO and takes the reins of the US$37bn firm. But who is he? And where did he come from?

We spill the business beans on the 45-year-old Indian national set to lead one of the world’s largest social network companies.

In an email sent by former Twitter CEO Jack Dorsey to employees announcing the promotion of Agrawal to CEO on Monday, 29 November, Dorsey expressed that Agrawal had been his choice of replacement for some time. He wrote: “The board ran a rigorous process considering all options and unanimously appointed Parag. He’s been my choice for some time, given how deeply he understands the company and its needs. Parag has been behind every critical decision that helped turn this company around. He’s curious, probing, rational, creative, demanding, self-aware, and humble. He leads with heart and soul and is someone I learn from daily. My trust in him as our CEO is bone-deep.”

Agrawal joined Twitter in 2011, directly recruited by Jack Dorsey, where he worked as a software engineer on ad-related products, before becoming Twitter’s first distinguished engineer thanks to his work across revenue and consumer engineering, and especially thanks to “his impact on the re-acceleration of audience growth in 2016 and 2017”, according to a Twitter statement.

3 As CTO, he led on AI and machine learning

As CTO since October 2017, he’s been responsible for the company’s technical strategy, leading work to improve development velocity while advancing the state of ML and AI across the consumer, revenue and science teams, according to a Twitter statement. He has expanded the applicability of tweets in Twitter timelines using AI and led projects including to make the tweets in a person’s timeline more relevant to them, or to identify potentially ‘bad’ tweets that violate Twitter’s terms of service.

In his role as CTO, in December 2019, Parag was tasked with finding a lead for Project Bluesky an independent team of architects, engineers and designers with a shared goal of developing an open and decentralised standard for social media. He led Twitter’s Bluesky effort, which aims for platforms like Twitter to have a less centralised role in deciding which users and communities have a voice online.

5 He worked at Microsoft, AT&T Labs and Yahoo

Prior to joining Twitter, the 45-year-old Indian national gained internship experience at Microsoft, AT&T and Yahoo, where his work focused on research according to his LinkedIn page.

Like his tech giant peers Sundar Pichai, CEO of Google; Narayana Murthy, founder of former chairman of Infosys; and the man behind JAVA, Vinod Khosla, Agrawal is an alumni of The Indian Institutes of Technology (IIT), India’s prestigious tech college. Regarded as a centre of excellence for training, research and development in science, engineering and technology in India, IIT has 23 campuses, including its original Delhi campus, though Agrawal studied at the Mumbai campus. He undertook his bachelor’s in engineering here, before moving to the US and Stanford where he secured a doctorate.

Agrawal made clear his CEO acceptance Tweet to company employees that people, purpose and culture are priorities for him. He wrote, “I want you to #LoveWhereYouWork and also low how we work together for the greatest possible impact. Our purpose has never been more important. Our people and our culture are unlike anything in the world. There is no limit to what we can do together. Let’s show the world Twitter’s full potential.”

Certainly, no billionaire, Agrawal’s net worth is estimated at US$1.52m, according to PeopleAI.

9 He is married with one child

Living in San Francisco, Parag is married to Vineeta and together they have a son Ansh. He is very private about his family life. Equally distinguished, his wife Vineeta holds an MD and PhD and is a general partner at Andreessen Horowitz, where she leads investments of the firm’s bio fund across therapeutics, diagnostics and digital health.