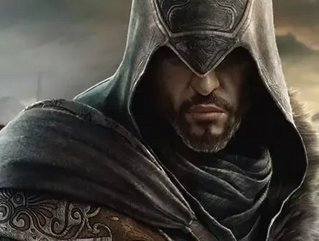 Details of Assassin’s Creed: Revelations have been revealed in the upcoming June issue of Game Informer.

Continuing the Ezio trilogy that began in Assassin’s Creed 2, Ezio will be searching for the lost seals of his ancestor Altair, an assassin. The video game is mainly set in Constantinople at the height of the Ottoman Empire. It offers new game play options such as the hookblade and weapon crafting. Revelations is hoping to offer a broader game play variety than previous Assassin’s Creed titles.

Additionally, gamers will be able to play three separate characters, Altaïr, Ezio, and Desmond, thereby learning how each play a part in the story. Assassin’s Creed: Revelations is due out this November, perfect timing for the holiday rush.

Developed by Ubisoft Montreal, this new videogame promotes the successful venture of the Canadian videogame industry. Ubisoft Montreal has become one of the largest video game studios in the world, employing 1,700 people. Known for previous successful video game development, Ubisoft Montreal has created well-known titles such as Prince of Persia, the Tom Clancy franchise as well as other Assassin’s Creeds. With backing from Ubisoft, Assassin’s Creed: Revelations is anticipated to live up to expectations.

Ubisoft Montreal started in Canada in 1997 with government funding. Montreal was chosen by the French-based Ubisoft because of its convenient location between Canada’s French-speaking population and its proximity to English-speaking North America. Originally developing only low-profile projects such as Donald Duck: Goin’ Quackers, Ubisoft Montreal has clearly broadened its horizons by creating well-known and successful video games.