Bain & Co named best company to work for in US 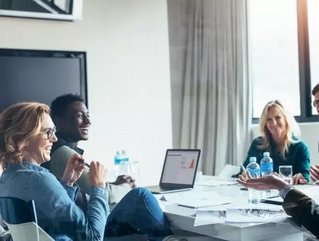 Boston-based management consultancy Bain and Company has surpassed Facebook this year, claiming the top spot on Glassdoor’s 2019 Employees’ Choice Awards. According to the Boston Business Journal, Bain & Co reclaims the number one spot after Facebook took it last year, making this the fourth year Bain has been ranked first on the Glassdoor list.

Company rankings on Glassdoor are based on anonymous and voluntary reviews completed by employees. The reviews deal with job role satisfaction, workplace environment and employer over the preceding year. Glassdoor’s annual top 100 list is restricted to companies with over 1,000 employees.

According to CNBC, “now is a great time for workers looking for a job. According to the latest jobs report from the Bureau of Labor Statistics, the American economy added 250,000 jobs in October, and unemployment remained at just 3.7 percent, the lowest since 1969.”

With this in mind, companies in the US are competing harder than ever to attract top talent. Chief economist at Glassdoor, Andrew Chamberlain, said in a press release this week that "in today's tight labor market, job seekers are in the driver's seat when it comes to deciding where to work and they want to know the inner workings of a company before accepting a new job".

With a Glassdoor rating of 4.6, Bain & Co “fosters a really supportive and fun work environment”, according to an anonymous employee from Los Angeles. According to an Atlanta employee, "working for Bain & Company is an experience that I would not trade for the world. Bain offers outstanding compensation for all its employees” CNBC reports.

Chamberlain concludes that “for employers, we know that a satisfied and engaged workforce helps drive financial performance. Glassdoor Best Places to Work winners are strategically investing in company culture, career growth opportunities and more, which also serves as a major recruiting advantage."