Bombardier to create 1,000 new positions for its Global 7000 business 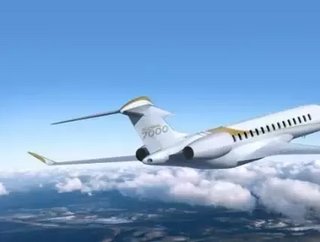 Bombardier has announced that it will be creating approximately 1,000 new jobs in Montreal in the aid of the creation of its Global 7000 units, with the aircraft set to enter service during the latter half of 2018.

“We are so proud that this meticulous work on the most advanced business jet in the world is being done in Montreal,” said Alain Bellemare, Bombardier’s President and Chief Executive Officer. “We have world-class expertise right here, and we want to reach out to that skilled workforce to help us continue shaping the future of business aviation.”

The Global 7,000 will become the largest business jet on the market upon release, featuring a kitchen and four living spaces on the interior.

The announcement was made at the inauguration of Bombardier’s new Centre of Excellence in Quebec, a $65mn facility that the firm is investing in, in order to innovate its production operations.

“The Government of Quebec is proud to support Bombardier in strengthening and giving renewed vitality to the local aerospace industry,” said Dominique Anglade, the Deputy Premier and Minister of Economy in Quebec.

“We are delighted that Bombardier’s Centre of Excellence is offering world-class career opportunities to our local workforce. Moreover, its development, and innovation in general, are part of the four areas of intervention around which the Québec Aerospace Strategy 2016-2026 is articulated.”

The additional 1,000 workers will add to Bombardier’s existing employee base that currently stands at 5,500 in the Quebec region alone.