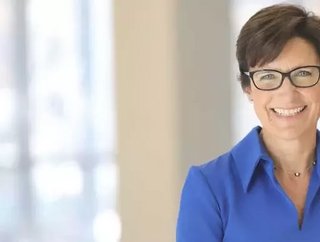 The first female CEO to take the reins of a major Wall Street bank, Citi's new Chief Executive Jane Fraser is a leader who 'gets stuff done'

Jane Fraser’s appointment as the first female CEO of a major Wall Street bank is quite an accomplishment. A personal one for Fraser, but a much bigger one for women on Wall Street attempting to penetrate the traditional stepping-stone roles to CEO position that are overwhelmingly filled by men.

In a report on gender parity in finance in 2020, consulting firm Oliver Wyman found that women held just 6% of CEO positions at major financial firms globally in 2019, a 2% drop since 2016.

Fraser was named CEO of Citigroup in September and started the job on March 1, 2021, becoming the first woman to take the reins of one of Wall Street’s four major banks, just as momentum for Women’s International Day was kicking off.

And her very first day in office, Fraser made a public pledge that Citigroup Inc. would achieve net-zero GHG emissions by 2050. Legend, indeed, though not unsurprising, as Fraser has become known as a leader who ‘gets stuff done’.

A McKinsey consultant turned financial executive, who’s been with Citi for 16 years, most recently in the bank’s number two spot as President of Citi and CEO of the Global Consumer Bank, Fraser is renowned for having a ‘solid track record’ and for being a ‘fixer’, having worked her way through key business units at Citi, leaving each in a better state than she found it.

Take Latin America. When Fraser was appointed as CEO of Citi’s Latin America business in 2015, the division was tarnished. Fraser turned it around, not just growing net revenue and profit, but also enhancing the work culture.

Little surprise that she’s been heralded as the ‘Number 1 Woman to Watch’ for two consecutive years by American Banker, and that her name’s been circulating top banking circles for the last year with rumours swirling that she’d been earmarked for top jobs at Wells Fargo and HSBC.

And while her credentials (University of Cambridge, Goldman Sachs, Partner at McKinsey, MBA Harvard), and Wall Street reputation, speak for themselves, it’s what has been described as her ‘ferocious work ethic’ yet reluctance to sacrifice her personal life to get to the top, that has resonated with many in financial circles. And especially women.

Here’s hoping her captainship of the world’s ‘most global bank’ proves not just a success for Fraser, and for Citi, but marks a catalyst for gender equity industry wide.