Canada launches international trade complaint with WTO against the US 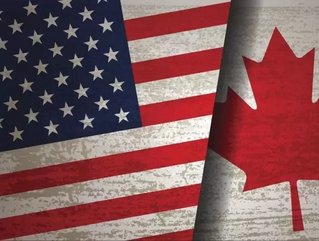 With relations between the US and Canada having taken a downhill turn since the inauguration of US President Donald Trump, tensions that have continually arisen over ongoing trade disagreements have now come to a head.

It has been revealed that Canada has filed an extensive complaint against the US with the World Trade Organisation (WTO), accusing the country of breaking international trade rules.

The 32-page complaint cites approximately 200 examples of US wrongdoing, whereby Canada questions Washington’s use of anti-dumping and anti-subsidy duties with a number of the country’s trade partners including China, India, Brazil and several European nations.

The complaints come in the wake of a number of trade disputes between the two nations, most namely after the US placed duties on Canadian softwood lumber imports.

"We continue to engage our American counterparts to encourage them to come to a durable negotiated agreement on softwood lumber," said Canada’s Minister of Foreign Affairs, Chrystia Freeland.

Further, tensions have also become significant between the two countries after the US Department of Commerce upheld a 300% tariff on Bombardier’s CSeries jets.

The move is Canada’s latest attempt to try and push back against such pressures from the US, with a number of Canadian industries having become threatened by such duties.