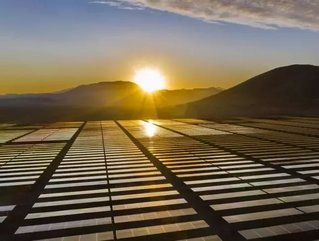 Purchasing a 51% interest, Capstone is placing high importance on the 132 MW facility, previously owned by Perimeter Solar Inc. The CA$200mn project was given the green light in 2019, with TC Energy Corp signing a deal for the majority of its output.

The remaining 49% is to be held by Obton A/S, a Danish renewable energy investment bank.

“We are very excited to work alongside Obton and Perimeter to deliver this groundbreaking project, which, when complete, will be Canada’s largest solar facility. Claresholm is an ideal fit for Capstone as we expand our presence in Alberta and grow our renewables business,” said David Eva, CEO of Capstone.

Also pleased with the deal was Perimeter’s Director of Business Development, Philipp Andres. “Having originated and developed the project to this stage, it is a very rewarding experience for Perimeter to see the project move into the construction phase.”

“We are confident the project will prove its value to the new project owners as well as to the landowners hosting the project and the local community. The project represents many firsts for solar energy in Canada and Alberta, and we eagerly anticipate the project becoming fully operational,” he commented.

Canada’s development of its solar power capabilities has been ramping up considerably in recent times. The Travers Solar facility, projected to contain 1.5 million solar panels and generate enough power for 100,000 homes is also in development.

Construction of the 400 MW facility in Vulcan County, Alberta, is due to start in 2020, with commercial operations commencing in 2021. Dan Balaban, CEO of Greengate Power (the company responsible for the project), was confident that Travers Solar represented a great business and environmental opportunity.

“We anticipate that Travers Solar will bring significant investment, employment and clean renewable energy to Alberta while strengthening the province’s position as a global energy and environmental leader,” Balaban told CNBC.