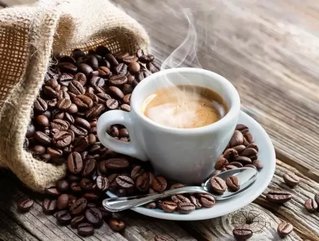 The Coca-Cola Company announced its acquisition of UK-based Costa Coffee from Whitbread this morning in a deal worth $5.1bn
With coffee and hot beverages being one of the few drinks markets that Coca-Cola has yet to enter, the soft drinks giant plans to increase Costa’s share of the global coffee market.
Costa, based in Bedfordshire, England, is among the largest coffee retailers in the world and will provide Coca-Cola with an established platform across Europe, Africa, the Middle East, and Asia Pacific.
The purchase includes all issued and outstanding shares of Costa, and will encompass the entirety of the company’s operations across all of its operational territories.
Coca-Cola President and CEO, James Quincey, said in a press release: “Costa gives Coca-Cola new capabilities and expertise in coffee, and our system can create opportunities to grow the Costa brand worldwide”.
The company’s press release added: “Costa also provides Coca-Cola with strong expertise across the coffee supply chain, including sourcing, vending and distribution. This will be a complement to existing capabilities within the Coca-Cola system”.
See More:
Coca-Cola, as reported by Bloomberg in April, “is getting results from its moves to slim down operations and revamp products for healthy-minded consumers”.
Bloomberg went on to say that one of Coca-Cola’s key goals is to mitigate its reliance on soda-based products as consumers seek healthier alternatives, evidenced by the fact that “per capita soft-drink consumption in the U.S. fell to a 31-year low in 2016”.
According to the press release, “Whitbread will be seeking shareholder approval for the transaction, which is expected to take place by mid-October”.
The deal is projected to close in the first half of 2019.
Coca-ColacoffeeCosta Coffeesoft drinks
Share
Share