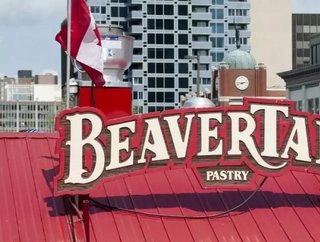 Having long been overshadowed by its rowdy neighbour south of the border, Canada proudly holds onto its own sense of identity, especially when it comes to home-grown products. Canadian snacks are distinctive, for better or worse, and are viewed with a sense of pride and affection by Canucks young and old.

Here are some of Canada’s best-loved national foods.

While Americans might refer to these snacks simply as ‘doughnut holes’, Timbits are a specific brand of deep-fried dough ball available at Tim Hortons. They were introduced in 1976 and are more popular than ever, particular when smothered with sprinkles or dipped in chocolate.

For some reason, ketchup-flavoured chips have become known as something uniquely Canadian, despite being available, however sparsely, in other countries. They don’t really taste anything like tomatoes, and they leave one’s fingertips stained, but they remain well-loved.

It doesn’t get more Canadian than this. These sandwich cookies are shaped like the national symbol and filled with a fondant crème that contains real maple syrup. Delicious and patriotic.

BeaverTails has been making fried flattened pastries since 1978, specialising in beaver tail-shaped concoctions. The pastry is covered in chocolate, fruit, nuts – anything the customer requests.

Originally a British product, these chocolate-covered layered wafers flavoured with coffee have become truly Canadian, to the extent that when America began to sell them in 2006, they were discontinued within three years due to slow sales. In Canada, however, sales continue to thrive.

This is a brand for which affection and nostalgia are paramount, as the gum is well-known to taste like soap. The box even proudly states ‘it still tastes like soap!’, just in case anybody was concerned that the recipe had changed. The flavour is actually rose water, and Canadians love it.

Hickory Sticks are the only chips to retain the Hostess branding, which is reflective of the uniqueness of the product. Thin, crispy chips are flavoured with hickory salt, famously causing the consumer incredible thirst. They are, however, totally addictive to their target audience.