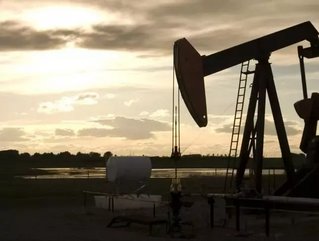 Calgary-based pipeline, utility and power giant Enbridge has reached agreements to purchase all public equity of Enbridge Income Fund Holdings, Enbridge Energy Partners, and Enbridge Energy Management
Enbridge made its initial offers in May in response to the closing of various tax loopholes by the US Federal Energy Regulatory Commission (FERC) in March, with company statements calling the move a “corporate structure simplification”.
These agreements were signed upon Enbridge reneging on its decision not to improve its initial offers for the subsidiaries.
Enbridge announced on 18 September that it had improved its offers “for Enbridge Income Fund holdings Inc. by 11.3 per cent” and for “Enbridge Energy Partners, L.P. and Enbridge Energy Management, L.L.C., by 8.7 per cent and 16 per cent, respectively”, CBC said.
The FERC ruling, Enbridge said, had cut into the distributable cash flow of the subsidiaries as well as damaging their credit worthiness and attractiveness to investors.
See more:
US rivals Cheniere Energy Inc and The Williams Companies reportedly began similar initiatives in response to the FERC decision.
The deal for Enbridge Income Fund Holdings is valued at CA$4.7bn, according to Financial Post, and “includes the largest oil pipeline crossing into the U.S. from Canada and more than 1,400 megawatts of renewable and alternative power generating capacity”.
CBC added that, along with the $4.3bn Enbridge offered in August for a fourth entity, Spectra Energy Partners LP, “the total value of bringing its four sponsored subsidiaries in-house will be about $13.6 billion”.
EnbridgeEnergyOilsubsidiaries
Share
Share