Feature: An optimistic road ahead for Canadian trade 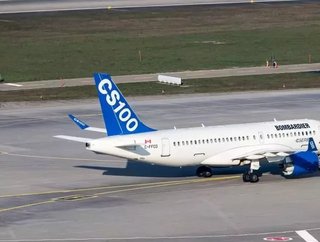 Right now marks perhaps the most uncertain period we’ve seen in global trading terms for a long, long time. The United States is on the warpath with regards to NAFTA and is building barriers and tearing up agreements. Meanwhile, the United Kingdom is Brexiting from the European Union, and across Europe right-wing parties with anti-European agendas are springing up; Italy being the most high-profile.

The North American Free Trade Agreement situation, in particular, is still rather fluid. Any number of scenarios could present, with the potential that the USA could be exempt from whatever agreement is drawn up between Canada and Mexico. Although it could all just be a negotiation tactic by Donald Trump to secure the best possible deal for the USA to score major political capital. It’s a situation very delicately poised and even the most knowledgeable and experienced onlookers aren’t entirely sure what to make of it. Business Chief spoke to Lord Marland, Chairman of the Commonwealth Enterprise and Investment Council (CEIC), to discuss all matters pertaining to trade and business in Canada.

Marland is the former UK government minister who served as David Cameron’s Trade Envoy prior to taking up his current role at CEIC. He admits that Canada is in a tricky position with regards to the NAFTA negotiations.

“I think it's a very difficult thing for Canada,” says Marland. “Whether it is a negotiation position by Donald Trump to improve the terms of NAFTA, or whether he is going to tear up the whole thing, remains to be seen.

“But it does underline the need for Canada to explore other markets, because if you have a very substantial dependency on one market or two markets, and then NAFTA gets torn up, it leaves the country vulnerable. That's why I think the impressive way I see Canadian ministers and civil servants going about developing other relationships is rather important.”

Canada has worked hard to achieve growth to position itself as a bigger player on the global stage, and Marland says that good work has not gone unnoticed by his organisation and other countries around the world. Efforts by the Trudeau government to reach out to potential trading partners mean that Canada at least has plenty of options it can explore if the attempt to reach an agreement with an increasingly volatile Trump proves to be a bust.

“I think Canada was a sleeping giant in terms of international trade,” Marland reflects. “It didn't feature on our (Britain’s) radar a huge amount and I think Canada itself would admit that it looked far too much internally rather than externally. What is so exciting about Canada at the moment is that they are looking externally, they are being incredibly industrious in their approach to outward trade and inward investment.

“In Canada, you've got a great education system so you've got the skills, and it’s an open and compassionate society, which means people want to go and live there. You also have a diverse population, which will enhance the economy, plus you've got a very good selection of younger people.

“I think all of this transforms the economy from being rather stuck in its ways to looking at ways of doing non-traditional trading. The other great thing about Canada, of course, is that it's geographically well-placed for access to the American market and other American continent countries. It’s got a rule of law, it’s got a very straightforward way of doing business and it's a pretty free and open economy and therefore well placed to tune its international development.”

Another positive for Canada is the recently revived Trans-Pacific Partnership (TPP). The agreement was put in jeopardy when Trump’s government withdrew from the pact, which was agreed during the Obama presidency, but after strong lobbying by Japan and Australia, the deal was finally signed last month. TPP should open up the markets of Australia, Brunei, Chile, Japan, Malaysia, Mexico, New Zealand, Peru, Singapore and Vietnam to the Canadian government, taking away barriers to trade and substantially cutting tariffs. Lord Marland is a big fan of the deal, especially given how it provides greater access to markets such as Japan, which has historically been seen as difficult to trade with in some quarters, as has South America.

“I think it's a great agreement,” he asserts. “It's those like-minded countries that have a rule of law, have free and open trade and which understand the importance of trade in lifting countries out of poverty.

“I've always said about trade agreements, that actually they're unnecessary unless you're uncertain about the country with which you're striking the agreement. But of course, the US is doing one or two things at the moment, which means you don't have the same confidence you did with the terms of engagement and therefore may require you to need a trade agreement.

“TPP is a very powerful and diverse trading partnership and those [countries] are always going to be the easiest ones to deal with, but of course you're still going sell Bombardier aircraft, for example, to every country you possibly can.”

No doubt TPP will help Canada increase its foothold in the global playing field, and the fact that more than half of the countries are members of the Commonwealth means that it is of particular interest to Marland. There is plenty of evidence which points to Canada having a rosy future as a trading nation, not least the fact that Toronto has grown into the world’s seventh largest financial centre and a global tech hub.

In fact, with so many dominos teetering on the edge of falling globally, and with Canada having such a dynamic, young economy, Marland is even entertaining the prospect of Canada being the driving force behind a pan-Commonwealth trading agreement, which could supplement a post-Brexit UK as well as Canada itself.

“Canada could broker a Commonwealth trade deal,” claims Marland. “For a Commonwealth framework where those like-minded countries in the Commonwealth agree and sign up to it, like the UK post-Brexit, Australia, New Zealand, Singapore, Malaysia, etc.

“If they all sign up to it, then they set the framework where other Commonwealth countries, who adopt a similar attitude to free trade and business practice, can join in their own time, when they've adopted the same sort of approach. There's no reason why Canada shouldn't be the broker of that.”