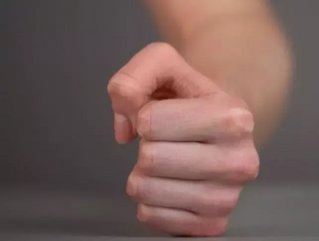 Found on the homepage of Lerners LLP’s website is the following: “In matters of the law, nothing matters more than the firm and people you choose to represent your interests.”

It is because of the talented, developed and motivated people working at this firm that success has been achieved. Specifically, due to the high performances of several female lawyers, Lerners LLP has become one of Canada’s first law firms to accomplish gender parity.

The Start and Evolution of Gender Parity through Talent Management

Quite a bit has changed since Janet Stewart, the first female lawyer at Lerners LLP, began working in the law field back in 1969. For starters, Stewart has been with the firm for almost 46 years, a firm that is now stacked with 55 percent of female lawyers. Even more gratifying, 45 percent of these women happen to be partners at Lerners LLP—which is more than double the national average. Therefore, it’s no big surprise that this litigation firm in Toronto is one of the first in Canada to accomplish gender parity. Better yet, this triumph became valid without affirmative action taking place within the company, but by engaging employees to become the best they can be and developing and sharpening skills in order to meet goals and objectives.

Throughout the Toronto office of Lerners LLP, partner Earl Cherniak is known as the “honorary skirt.” When accepting the Toronto Lawyer’s Association award of distinction last month, he touched upon women in the legal profession. Specifically, Cherniak spoke about when he first passed the bar in 1960 and how female lawyers seemed to be an “exotic rarity” during that time. He spoke about how women in the 50s, 60s, and even throughout the 70s were not given the adequate opportunities they deserved. In short, a viable resource in the field of law wasn’t being accessed: women.

It’s important to note that Lerners LLP never had the intention of obtaining gender parity, but simply wanted to hire the best candidate for the task at hand—whether that particular contender happened to be male or female. As it turned out, Janet Stewart happened to be the best woman for the job.

Still as important today as it was back when Stewart began, Lerners LLP’s number one objective is to make a difference. It is through the talent of the firm that this difference can be made. To achieve the highest performances possible from its employees, Lerners LLP promotes rewarding and challenging learning experiences that will allow lawyers to shape the path of their careers and reach a certain level of success.

Before Lerners LLP could achieve success or gender parity, the talent that was chosen to be a part of the law firm had to be properly managed, allowing the employees to perfect their individual skills sets, as well as develop new strengths and abilities to meet goals.

In order for any type of business to thrive, leaders of the company must motivate and create an environment where high performances can be achieved. Here are a few examples on how to do so:

1. Express Needs and Realities of the Business

In order to achieve the best results from the talent, it’s important for leaders to express to their team what is needed and expected. For example, communicating with the staff and depicting specific challenges, strategies and goals can help assure that all efforts are being enforced to obtain the same result. It’s important to ensure that each person is doing his or her daily part to help the business grow and succeed.

Not only is it vital for a leader to clearly express what is expected from the team, but this leader must also prioritize projects to help ensure that tasks are getting accomplished in an appropriate and timely manner. Furthermore, in order for a company to become successful, the idea of time management must be addressed and promoted. After all, one of the most common hazards in business is to waste time.

3. Widen the Skills of Your Team to Promote Growth

Even after the talent has been hired and accepted by the company, it will be important to assist the employee in developing new skills to help promote growth. Giving members of the team an opportunity to not only perfect current skills but also develop new ones can help the individual employee grow alongside the company.

Regardless of what the ultimate goal of a business may be—achieving gender parity or earning a top spot on a Forbes ranking list—one common factor remains: the importance of talent management. It is through employment development that success can ultimately be achieved.