How to prepare your business for the future — Part 1

By Dominique Turpin
May 19, 2020
undefined mins 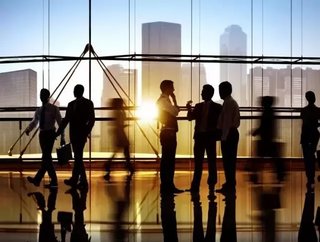 When it comes to the business world, the future is never certain. Why? Because it’s always changing. However, as a business leader, it is your job to stay ahead of the game — predict the future, if you will.

Originally reported by our sister brand Business Review Canada, here are three of many future megatrends that will not necessarily determine what will happen, but will most likely have a big impact on everybody’s business in the coming years to decades.

RELATED TOPIC: 7 tips to ensure your franchise is a success

This is one of the only indicators that cannot lie about the future: Tomorrow, we will all be older than we are today!

Some of the major changing tides of demography may have important political, economic, and potentially military consequences. For example: what are the implications of Russia having a life expectancy of 59 versus 61 for Bangladesh?

Statistics show that populations in Europe and Japan are having fewer children, while both places face distressing recent levels of youth unemployment. This makes for some potentially troublesome situations such as smaller less-experienced workforces who will have to financially support larger elderly populations. And right now Europe is witnessing a historic migration crisis. What effect will this eventually have on its long-term demography? Only time will tell.

For many mature economies like Japan and the US, the workforce will be older, healthcare costs will be higher, and it looks like we will see diminishing pension benefits. Overall competitiveness in these countries is being challenged.

Looking to another part of the world, a number of analysts are betting that China, the most populous country on the planet, will take up some demographic slack and be the growth engine of the future. I wouldn’t be so sure about that. While today’s generation may be relatively prosperous, the country’s one child policy is beginning to take its toll; smaller numbers of the next generation will have to support a much more massive pool of aging citizens just like in the so-called developed countries. With the Middle Kingdom accounting for such a large proportion of the global population, mainland China will still fuel world economic growth, but the pace of growth will vary province by province more than ever.

Companies need to be creative and find new business models to take advantage of the shifting makeup of their operating countries’ populations.

There will be big growth in the world but it will be elsewhere in countries like India or in Africa, where there will also be some big opportunities. Over the next five years, some African economies (Ethiopia, Mozambique and Tanzania, just to name a few) are likely to grow as fast as, or faster, than some of the recent Asian champions.

This growth comes with challenges however. It could easily be squandered if problems like corruption, political instability, lack of infrastructure and poor education persist or get worse.

These predicted shifts in demography don’t only spell decline though. There will be a lot of room for new business opportunities in the healthcare and nutrition sectors for example. Infrastructure will need to be redone and rethought, creating a lot of openings for building and technology innovators.

RELATED TOPIC: 3 tips for team building at the office

Part two of this article will be available tomorrow!