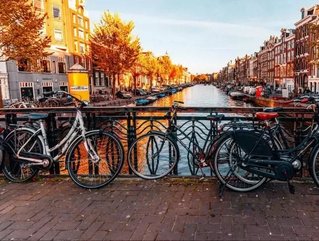 In its 347-year history, Hudson’s Bay Co. (HBC) has not once ventured overseas, keeping its operations within the domestic borders of Canada. However, this will now change, as the company has opened the first in a line of new Dutch stores, the company’s first outside of Canada’s borders.

Although the company had planned for an expansion into Europe, particularly with an eye to the Netherlands, this process was sped up following the bankruptcy of Dutch department store chain V&D.

“This is an historic moment in HBC’s 347-year history, marking the first Hudson’s Bay store ever to open outside of Canada and adding a new market to our diverse geographic footprint,” said HBC’s CEO Jerry Storch.

“Just 16 months after we announced our plans to enter the Dutch market, we are very excited to introduce our innovative, all-channel retail model to the Netherlands.”

However, Storch ruled out a takeover of V&D as a possibility, stating that less is often more in the way of commercial real estate in the modern era of online retailing.

‘We wanted nothing to do with V&D, the brand was damaged. Moreover, the company had far too many stores. We live in a world where everything is available online, 60 stores is far too many,’ he said, speaking to Trouw.

The company has announced the opening of its Amsterdam store, with the view to open 10 more shops within the month, and a further seven to follow this in due course.