Hulu ends 2018 with 25mn subscribers, is growing faster than Netflix 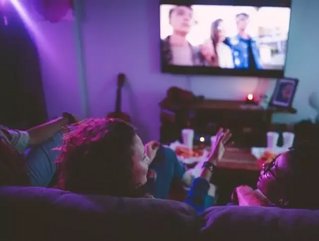 Online streaming service Hulu reached over 25mn subscribers by the end of 2018, adding 8mn customers, which represents a 48% growth in its viewership year-on-year. In contrast to streaming giant Netflix, which only added 5.7mn viewers (in a slightly shorter period), Hulu’s growth is greater on both a relative and objective scale, according to an article released this week by the Motley Fool.

The Motley Fool reports that Hulu’s increase in subscribers raised the company’s revenue by an estimated $550mn in 2018, as well as boosting advertising revenue to $1.5bn.

Even taking into account the fact that Netflix spends, on average, US$13bn on content each year, the majority of television and film offerings the service provides are released a year after initially airing. Hulu’s current TV airings, which go live at the same time as Cable and Satellite releases, may be attracting a greater viewership.

According to tech website, Digital Trends, “Hulu has been updating its interface, and it’s actually a lot easier to use these days on most platforms than previously, with categories like Keep Watching, TV, Movies, and Kids that make it pretty easy to navigate. You can also add on premium channels like HBO, and shows and movies from those channels will show up on your main interface — though it can be a bit of a pain to access the apps themselves.”

In November 2018, The Motley Fool also reported on Walt Disney Company CEO Bob Iger saying that "we aim to use the television production capabilities to fuel Hulu with a lot more original programming, original programs that we feel will enable Hulu to compete even more aggressively in the marketplace."

If HUlU can replicate its successes in 2018, its growth rate could see it competing with Netflix for scale and profitability within the next few years.