Hydro One Sends Emergency Crews to US 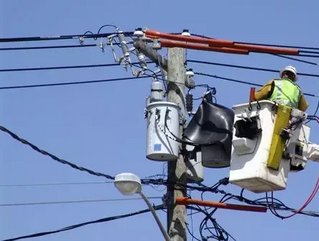 Hydro One announced its plans to send crews to Washington D.C and surrounding areas to help with power restoration efforts after the Eastern US saw a heavy windstorm that has caused widespread outages.  Sending approximately 200 employees, Hydro One workers will work with local utilities in Baltimore, Virginia and Washington areas.

"Hydro One crews have a long standing history of assisting neighbouring utilities when help is needed the most, and this time is no exception," said Len McMillan, Vice President, Lines and Forestry, Hydro One. "Our crews are ready and willing to do what they do best - help restore power quickly and safely to impacted customers."

The power outages are affecting an estimated 3 million people in the Northeastern US. These outages are even more of an inconvenience due to the record breaking heat the area has been experiencing leaving households without air conditioning.

Hydro One is assisting local utilities under reciprocal agreements that are set in place to provide assistance during significant power outages. Hydro One, in February 2010, helped Vermont utilities that were experiencing outages due to a winter storm. Additionally, Hydro One stepped in in September of 2008 helping utilities in Ohio after Hurricane Ike caused damage.

Hydro One has received awards for its emergency service, becoming the only non-US utility to receive the Edison Electric Institute’s “Emergency Recovery Award.”