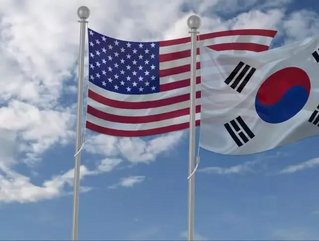 The rapid rise in imports from South Korea is the reason why the Trump administration is looking to overhaul the U.S.-Korea Trade Agreement (KORUS).

In the latest example of President Trump’s efforts to refocus trade on home shores, the joint committee for the agreement is set to meet in Washington D.C. next month to review its terms.

KORUS was penned under the Obama govenrment in 2012 with the promise of it being a ‘major win for American workers and businesses’.

U.S. Trade Representative Robert Lighthizer argues the opposite has been the reality, with exports to South Korea also taking a hit in the intervening years.

“Since KORUS went into effect, our trade deficit in goods with Korea has doubled from $13.2 billion to $27.6 billion, while U.S. goods exports have actually gone down,” he said.

“This is quite different from what the previous Administration sold to the American people when it urged approval of this Agreement. We can and must do better.”

In an interview earlier this year, Trump called the deal “horrible” and a “one-way street”.

“We will meet and discuss mutual interests and concerns. Our stance is that we have not agreed on renegotiation of the deal,” Yeo Han-koo of South Korea's trade ministry told Reuters.