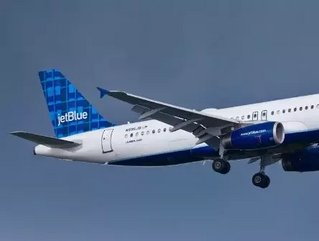 Eleven of the JetBlue's new Airbus SAS A231 aircrafts will be adorned with lie-flat seats and several private suites that offer the passenger a closable door. The improvements are a part of a strategy in the hopes of generating more revenue in the already $1.43 billion in the New York to Los Angeles route. The service, not scheduled to debut until 2014 will also be offered on the New York to San Francisco route.

The first class upgrades are a primary departure from JetBlues model, of ‘all-coach,’ when it began flying in 2000 with seat-back television and plush leather seats. Barclays Pic analyst, David Fintzen says it is only the start of needed changes, after earnings fell short for the second-quarter.

“Is it the only thing JetBlue needs to do? No,” Fintzen, who rates its stock the equivalent of hold, said in an interview. “It speaks to what is JetBlue’s major problem. Their costs are not where we would like to see them, but the bigger problem at JetBlue is a revenue problem.”

Fitzen also stated that JetBlue must find additional ways to boost earnings from each ticket sold to help close the gap between its competitors.

“Analysts are forcing investors to look at the stock in a new way and pressuring the company to change or face the consequences of not changing,” said Jim Corridore, an analyst at S&P Capital IQ in New York who recommends selling JetBlue shares. “It’s no longer the fast-growing company that’s the darling of the Street.”

The upgrades are in response to feedback from regular customers who said they would not fly JetBlue for cross-country flights because of the all-coach service.  The premium seats will offer a more exclusive flying experience at a lower cost, although the prices of tickets are still unconfirmed.