Lowe's follows Canadian Tire and Wal-Mart’s trend—how many new jobs could this mean? 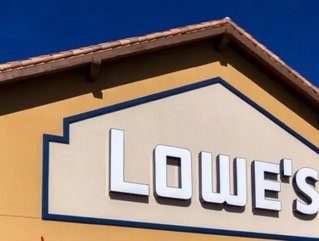 As all ready reported this past week, Canadian Tire and Wal-Mart have both taken over various Target locations throughout Canada. However, it seems that another store is joining the game. Specifically, home improvement retailer Lowe’s has recently acquired 13 former Target locations and plans to open brand new stores.

RELATED TOPIC: Wal-Mart grabs 13 Target Canada locations—what does this mean for the economy?

Along with these 13 Target locations, Lowes also obtained a former Target’s distribution hub in Milton, Ontario, spending $151 million in total. However, with the expansion comes good news for the economy, as well as those who may be looking for work: 2,000 new jobs. Lowe’s originally came to Canada in 2007 and plans to open new stores in markets that are currently “under-penetrated.” Currently, Lowe’s has 38 stores that are spread across Alberta, British Columbia, Ontario and Quebec.

RELATED TOPIC: What other retailers can learn from Canadian Tire’s recent expansion

All of Target’s 133 Canadian locations officially closed in mid April—just less than two years after having opened. With all of these Target stores that Lowes is acquiring, the company is hoping to “accelerate our expansion across the country, enhancing our presence in Western Canada and strengthening our base in Ontario,” Lowes President Sylvain Prud’hommee said in a recent press release.

Which store will make a purchase next?

As Canadian Tire, Wal-Mart and Lowe’s have already started collecting Target Canada locations, it’s interesting to consider who else may decide to follow the trend. There are plenty of other stores throughout Canada that could possibly benefit from expanding. For example, Superstore, Wholesale Club and the Northwest Company are all various stores in Canada that can easily be compared to Target.

Depending on location, these Target stores may be the perfect investment for a business that is looking to expand and grow. In fact, pursuing these empty spaces could be a great opportunity. If you’re currently in the market for some extra space, don’t rule out these Target Canada locations.

RECENT TOPIC: Stay CEO-strong with these easy and tasty snack