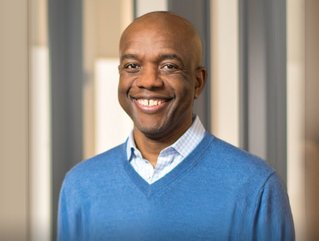 McKinsey veteran and ex-Obama advisor joins Google as the firm’s first head of tech and society, as it looks to assess how technology impacts societies

Google has tapped the former head of McKinsey Global Institute and ex-Obama advisor James Manyika to be the tech giant’s first-ever SVP of Technology and Society, as it looks to shape and share its views on how technology affects society.

James joins Google from McKinsey in Silicon Valley where he spent two decades, and in this brand-new role will be part of the Google leadership team.

Google head of tech and society – what does it mean?

The role of head of tech and society is a first for Google and one not typically found at big tech firms. Such a role would normally take a more philanthropic position, like Microsoft’s global head of tech for social impact or Twitter’s head of social impact and public policy.

This role, however – which is part of the executive leadership team reporting directly to Google and Alphabet CEO Sundar Pichai – is focused on a more broad view of how today’s technology is impacting society, the economy and the planet.

In this leadership role, James is tasked with shaping and sharing Google’s views on how technology affects societies. Specifically, he will help shape Google’s views on issues such as the future of work, AI, the digital economy, computing infrastructure and sustainability, focusing on how all of these affect societies, their economies and the planet as a whole.

The introduction of such a role arrives in the wake of continued criticisms and concerns about tech’s impact on societies globally, and specifically as Google battles a number of antitrust lawsuits, along with tougher regulations and some protests over its treatment of employees.

Why James Manyika is the perfect fit for this Google role

And if ever there was a person to fit a role that is all about technology’s impact on business and society, it is Rhodes Scholar James Manyika.

As Pichai said in a statement, James has “spent decades working at the intersection of technology and society and has advised a number of businesses, academic institutions and governments along the way”.

Armed with a DPhil, MSc and MA from Oxford in AI and robotics, mathematics and computer science, the Zimbabwean national spent several decades with McKinsey advising chief executives of many of the world’s leading tech companies on strategy and growth, product, and business innovation, most recently serving as Senior Partner.

It is James’s leadership of the McKinsey Global Institute – the role of which is to understand the global economy through the economic impact of tech, productivity, labour markets – that lines him up so well for his new position. For more than 12 years, James led research on AI and other technologies’ impact on business and the economy, the future of work, productivity and competitiveness, as well as on other global and societal trends.

And the credentials keep rolling. James has also published a number of books, including one on AI and robotics, and more recently one on global economic trends (No Ordinary Disruption) and was appointed by President Obama as Vice-Chair of the Global Development Council at the White House, as well as by two US Commerce Secretaries to the Digital Economy Board and the National Innovation Board.

He also serves on the boards of research institutions at Harvard, MIT, Oxford, Stanford and other top-tier schools, and is a member of the steering committee for the 100-year study of AI and a distinguished fellow of Stanford’s AI Institute. He has also been appointed a visiting professor at Oxford’s Blavatnik School of Government.