Mind the gap: S2NRG and solving the renewable energy gap 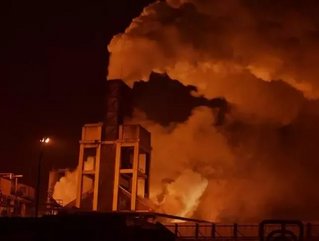 “We saw an opportunity in very large industrial commodity companies like steel aluminium, glass and cement, to recover energy that is lost in the form of heat or from flammable gases the are emitted by the processes,” says Gregg Bauer, Managing Director and one of the founding fathers of S2NRG.

“Our concept is that we can use conventional technologies to capture the Industrial Renewable Energy that’s being lost or wasted and combine it with traditional renewable energy from PV solar, wind turbines etc. installed on the sites and integrate those two forms of renewable energy together to produce what we call Integrated Hybrid Energy.”

S2NRG as a company was founded after Bauer and his business partner Mark Roth were working on a project for a large steel company. Together they realised that it wasn’t really sensible to be burning precious natural gas to produce energy or installing greenfield solar and wind facilities in locations where people don’t want them when this untapped energy source was readily available.

“Nobody cares if you put something like a solar field or a wind facility on a steel mill site because they are generally ugly anyway,” says Bauer.

This eventually brought them into the path of the founders of Dutch company The Source, Michel van Honk and Maurits van Oranje.  The Source had been pursuing renewable projects in markets such as Brazil and Africa which was believed to be a good target for the new founded company: S2NRG.

Based in Amsterdam and with a core operational office for the US, located in Boston, US, S2NRG now has operations in Europe and USA and over the last five to six months began operating in Rio De Janeiro, which the company is using as a launch pad for the South American market.

S2NRG believe that industrial assets can become sources of power, which they call Industrial Renewable Energy.

“Is it green? If we increase the efficiency of how fuel is used by three times and reduce the carbon footprint of a complete facility, then it sounds pretty green to me. One of our core missions really is to carry forward this new concept where the market begins to recognize it as being really renewable,” says Bauer.

“Industrial renewable energy plays an important role in this stability problem. Our capacity is constant and available 24/7.”

Bauer admits that development is a complicated business, with a key challenge being geographical locations and whether to enter that specific market.

“It’s a heavily knowledge-intensive business, both technically and commercially, and you have to go to the places that have the right conditions. So these large industrial plants need to be located in an energy market that makes our projects economically viable, a regulatory market that is supportive of these projects and you need relationships with the most senior executive of the industrial host,” says Bauer.

“And what certainly will help is the aspiration of many grid operators for stable distributed renewable energy production.”

S2NRG is still a young company, and Bauer admits that their hands are full; with pipelines in the US, in central and eastern Europe and in Chile and Columbia, the company has full schedule. However, he says that as the company continues to grow there will be opportunities to expand.

“As the company grows and we raise more capital there will be other markets that are attractive which we will then consider,” he explains. “But they will need to fit that criteria where we know that we have the correct resources and the correct relationships and commercial environment for that to happen.”

The cost of capital

One of the major questions that arise from any form of recycling or renewing energy use, how does the company or the industrial host make money out of this? The answer is simple: the energy is served out to the grid, with the industrial host receiving royalties.

“We integrate the energies sources in such a way that we maximise the economic benefit of the energy coming out of our plants to ensure that we are getting the maximum benefit of the real time energy market while allowing the hosts to modulate their process where possible, where it makes more sense to sell energy than it does to produce say, aluminium,” adds Bauer. Think of it as demand management taken to another level.

“The hosts like it because it comes to them as EBIT, the very purest form of economics that you can get – they have no cost of capital, no operating costs and no COGS. The private equity firms like this model because it gives them interesting new distributed power plants to invest in that they wouldn’t normally have access to,” says Bauer.

“They also like it, because since we are not having to acquire land, we are able to reuse permits that our hosts have in place, our interconnect costs are much lower because the hosts have back connects to the grid. This allows us to connect in and back feed to the grid from interconnections already in place. Our cost of fuel for all intents and purposes is nearly zero – because we are using energy that is being wasted by the process anyway.

Collaboration: the key to success

Partnerships and relationships with customers is crucial to the success of S2NRG. Bauer recognises this and calls upon the importance of collaboration.

“One of the most important relationships to us is with the energy private equities/capital markets. We view them as our customers, we view the industrial hosts as our partners,” he says.

“It’s a constantly moving process. All of us have very deep networks and relationships with senior executives at the larger industrial companies. Where we spend a great deal of our time is nurturing and maintaining and supporting the relationships with the energy private equity companies.”

Governments and local authorities also play an important role, their wish for efficient renewable energy production and economic development is evident. Collaboration with them on the right levels is another key to the success.

As a relatively young company trying to carve out a market for themselves, such a venture provides various challenges, as development companies are considered as risks.

S2NRG is not just a development company, it has its own Integrated Hybrid Technology systems for combining two sources of energy, and with this comes even further challenges – engineering how to configure these technologies for its projects.

“The magic behind what we do is to look at the industrial facility from and engineering systems perspective.  This allows us to conceive systems solutions that are just not possible when individual processes are considered.  Even though we are using conventional technologies to do this, we are configuring those technologies in novel and innovative ways that allow us to have a holistic approach,” Bauer continues.

Novelty is one thing, but standing tall against competitors is another. Bauer believes that what separates S2NRG from other development companies is the innovative business model.

Larger existing energy development companies will normally ask for the industrial hosts to invest capital, or to sell the energy to the host, something which what Bauer describes as “very difficult and challenges the economics for the project”.

“A typical energy development company has a core financial focus, that’s not what we do,” he says. “We have the profiles of competent system-thinking industrial professionals, which allows the company to go into industrial processes and look at them from a completely different perspective,” Bauer states.

What makes S2NRG different is its ability to provide a solution for multiple audiences.

“If you ask the capital markets, it’s our relationship with the industrial hosts and our ability to connect at the highest levels and to have the conversations that we can have.

“If you ask the industrial host, it’s our relationship with the capital market. There’s no magic to what we do, but there is some secret sauce and our integrated hybrid technology platform.”

Moreover, the private equity firms like this model because it gives them interesting new distributed power plants to invest in that they wouldn’t normally have access to.

In creating a market, new entrants are a certainty. But this is actually part of S2NRG’s long term goal. “We want to declare the market of Industrial Renewable Energy, carve out space for other developers who can join us in this market and rely on licencing our technology,” Bauer states.

“Development is means by which to get our technology to market, but in the end of the day if you ask the founders what S2NRG is about, we will tell you it’s an industrial renewable energy company with a core patented technology that enables that.”