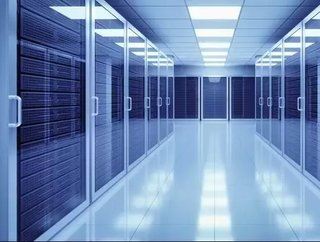 The merger of BC Partners and Medina Capital has resulted in the launch of Cyxtera Technologies, combining CenturyLink's data centers and colocation business with Medina Capital's cybersecurity and analytics portfolio. The completion of these transactions, valued at approximately $2.8 billion in the aggregate, have enabled the combined assets form a new business.

The global company will encompass over a thousand employees worldwide and serve over 3,000 customers worldwide. The merger brings together a global data center footprint and a modern, hybrid and cloud ready security portfolio capable of securing and supporting dedicated infrastructure, private and public clouds, with increased security and accessibility. CenturyLink will hold a minority stake in the new business, and will continue to offer colocation services as part of its hybrid IT offerings through its commercial relationships with Cyxtera.

Manny Medina, CEO of Cyxtera Technologies informed the Miami Herald: “it’s a very big deal to have a multinational, multibillion-dollar technology company focused on cybersecurity headquartered in Miami. It is going to help put us on the worldwide map.” He continued, “The last two decades have brought seismic changes to enterprise IT availability, agility and scalability, and the next era must be underpinned by a similar revolution in infrastructure security." With the top 10 largest data centers situated in the US, the need for increased security surrounding the increased focus on data and analytics is ever-increasing, at which Cyxtera Technologies will have major operations in Boston, Dallas, Silicon Valley, Bogota, Gothenburg, Sweden and London.

Justin Bateman, managing partner for BC Partners concluded, "As the complexity of the IT environment grows and threats to its security continue to multiply, it is more important than ever before that institutions – both in the public and private sectors – integrate security into their core infrastructure strategy. Cyxtera is the first company to provide that integrated solution to customers around the world."