This Week: Fungible, SpaceX-plosion, and a self-inflicted wealth tax 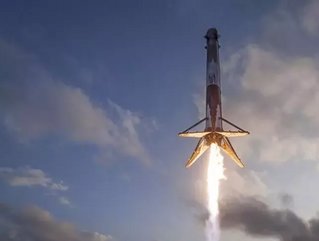 This week, Democratic candidate debates went ahead on Wednesday and Thursday evening. In a crowded field, candidates Bernie Sanders, Kamala Harris and Elizabeth Warren had successful sessions, where previous Vice President Joe Biden faced a barrage of tricky questions from other candidates on his past voting record. Some candidates - Sanders in particular, whose 2016 campaign policies set the agenda for 2020 - firmly support increased taxation on America’s 1% and corporate structure. With all candidates though, affordable medicare is being routinely touted as a priority.

On the other side of the aisle this week, Huawei shuts down its promising solar power business in the US due to the Trump administration’s trade war; India raises tariffs on US goods, prompting Trump’s ire; and US hardware makers - including Intel and Micron - are exploiting a loophole to prevent their chips from being labeled as ‘American Made’, thus allowing them to continue selling to Huawei despite Trump’s ban.

Here are a few of the bigger stories affecting the US economy this week:

Fungible, a Santa Clara-based data center technology startup announced on Thursday that it - like many other fledgling US firms - had received a visit from the Fairy Godmother across the Pacific. In May, the Softbank Vision fund distributed over $3.4bn in venture capital to startups - the lion’s share of which went to US startups Cruise and DoorDash.

This month, SoftBank’s number of investments shrank to two, with Fungible receiving $200mn in a Series C round (Brazilian fitness platform Gympass received $300mn in a Series F round two weeks ago).

Seeking to solve a growing problem for technology operators worldwide, Fungible is attempting to pivot data centers from a “compute-centric” model to a data-centric one. The company’s proprietary Data Processing Units (DPU) are being hailed as a new, essential element of data center infrastructure.

"Our vision is to provide such dramatic improvements to the performance, reliability and economics of data centers that applications previously unimaginable become possible," said Pradeep Sindhu, co-founder and CEO of Fungible. "Every significant advancement in technology is ultimately enabled by a step-function improvement in one of its fundamental building blocks; the Fungible DPU is a new essential building block that represents just such a step-function improvement."

In 2017, Donald Trump passed a series of tax cuts, 83% of the benefits from which went to the top 1% of earners in the country. However, the top 1% of the US’ earners don’t really need the money: A fact that even the country’s biggest hoarders of wealth have felt the need to point out to the US government.

In an open letter published on Medium, business leaders like George Soros, Abigail Disney, and Facebook co-founder Chris Hughes, made a request to 2020 candidates: tax the wealthy. Tax us.

The proposed tax would affect the richest 0.1% of Americans and, according to the letter, would raise money to fight climate change, boost economic growth, support investments in public health, reduce the wealth gap, strengthen American democracy, and give the ultra wealthy an opportunity to fulfill their ‘patriotic’ duty.

The letter signs off: “Those of us who have signed this letter believe it is our duty to step up and support a wealth tax that taxes us. It is a key to both addressing our climate crisis, and a more competitive, stronger economy that would better serve millions of Americans. It would make America healthier. It is a fair way of creating opportunity. And it strengthens American freedom and democracy. It is not in our interest to advocate for this tax, if our interests are quite narrowly understood. But the wealth tax is in our interest as Americans.

That’s why we’re joining the majority of Americans already supporting a moderate wealth tax. We ask that you recognize its strong merit and popular support, and advance the idea to tax us a little more.”

On Tuesday morning at 2:30am ET, a Falcon Heavy rocket belonging to Elon Musk’s SpaceX startup lifted off from Cape Canaveral, Florida. The night launch was reportedly the ‘most difficult’ so far attempted by the company.

The Falcon Heavy was used to transport 23 satellites, a NASA atomic clock and the ashes of 152 people beyond the upper atmosphere. On reentry, one of the rocket’s boosters reportedly missed its landing pad, exploding in the sea. The other two survived.

In the wake of the launch, Musk has announced that the company will be seeking to raise a further $300mn in venture capital funding over the course of 2019, in order to support its grand aim of transporting 100 passengers to Mars. If successful, SpaceX will have raised $1.33bn this year alone.