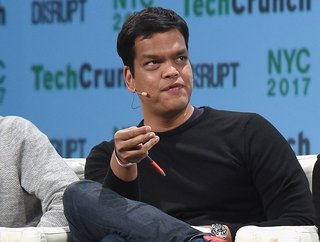 When Tesla billionaire Elon Musk took a passive stake in Twitter in March, little did anyone know – not even him perhaps – that six months later, not only would he own the popular social media platform (following a dramatic US$44bn takeover) but that he would completely shake it up.

In the week since he stormed into Twitter HQ holding a sink, announcing himself as Chief Twit, Musk has pretty much turned everything on its head – firing senior executives including the CEO, drawing up plans to fire half of the 7,500-strong workforce and introducing fees.

In making such huge decisions, as a way of drastically cutting costs (Twitter has not turned a profit for eight out of the last 10 years), Musk has assembled a small group of trusted advisers to help him assess how to run the company.

Just days ago, the veteran technology executive, whose Twitter handle is a16z took to Twitter to clarify the rumour that he was indeed part of Elon’s new advisory team.

“Now that the word is out: I’m helping out @elonmusk with Twitter temporarily with some other great people. I (@ a16z) believe this s a hugely important company and can have great impact on the world and Elon is the person to make it happen.”

His involvement it seems was no surprise to some, given the prior investment of US$400m in Twitter by his firm Andreessen Horowitz – as a way of helping Musk buy the company and take it private.

So, who is this 38-year-old tech exec who has the ear of the world’s richest man?

Sriram Krishnan – from Microsoft to Twitter to crypto investor

An engineer and highly acclaimed technologist, Krishnan was born in Chennai and graduated in IT from SRM Engineering College, Anna University before relocating to the US in 2005, age 21, for a job at Microsoft.

He spent six years at Microsoft as a software project manager, before moving to Silicon Valley in 2012 with his software engineer wife where he joined Facebook and led for three years the product and business strategy – managing more than US$1bn businesses in mobile monetisation and scaling the mobile app download ads business, as well as creating and scaling Facebook Audience Network.

Krishnan moved to Snap Inc. in 2016, leading various revenue product and monetisation efforts before leaving in 2017 for Twitter where he spent the next three years. Here, he led core consumer product teams, drove 20% year-on-year user growth in under two years and launched several products including a redesigned events experience.

During his time at Twitter, Krishnan – who, on his LinkedIn page describes himself as a ‘crypto investor’ – was an investor in and advisor to many companies, including Figam, Notion, Cameo, Coda, CRED, Scale.ai and Musk’s very own SpaceX.

Since January 2021, Krishnan has been a General Partner at leading investment firm Andreessen Horowitz, a major investor in social audio app Clubhouse, and he also serves on the boards of Bitski, Hopin, and Polywork.

He also co-hosts a popular podcast The Good Time Show with his wife Aarthi Ramamurthy – who herself has worked at Facebook and Netflix. Described by the New York Times as “arguably the most influential show on the social audio app Clubhouse”, the techie pair interview the biggest tech entrepreneurs, athletes, and entertainment figures, including Mark Zuckerberg, Naomi Osaka, AR Rahman, Calvin Harris, and Elon Musk (of course).