Oil prices up 80 per cent in Alberta--What is the industry's current outlook? 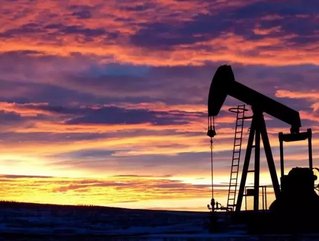 Since March, the price of heavy oil in Alberta has risen 80 per cent, a price that shows Canada’s oilsands have officially rebounded. Specifically, Canada’s oilsands are having a much better comeback than any other type of crude.

The majority of oil that Canada produces is known as Western Canada Select. The price of WCS has recently risen from $29.71 a barrel to $52.63 a barrel—an increase of more than 77 per cent in just a little over 30 days.

But why has this happened and what’s coming next?

RELATED TOPIC: The bad, the good and other effects of declining oil prices for Canada

In short, the “why?” can be attributed to more pipeline capacity, increased rail shipments and some seasonality. Even more so, particular investments that were made by the oil industry several years ago when Canadian oil was undervalued are starting to pay dividends.

As mentioned, the new pipelines have also made it much easier to get Canadian oil to the U.S. refineries quickly and resourcefully. In addition to, these new pipelines have assisted with that task of past bottlenecks being washed away. Older pipelines have even upgraded in an attempt to pump oil in a range of directions (i.e. the supply and demand of crude oil can be kept inline).

Furthermore, it was originally reported by CBC News that there is currently a lot more oil that is being moved by rail than there used to be. These new ways of brining oil to market have assisted the rise, as well as the season—spring and summer are often thought to be times of strength for the heavy oil business.

What’s next? Will the oil rebound last?

The reasons for the increase in oil prices have been explored, but most importantly, people want to know if the prices will last.

While analysts don’t believe the increase will last, the idea has been brought to light that because of new transportation systems and refinery upgrades, the  large gaps in price headaches should officially be over, too.

RECENT TOPIC: Boost Your Business 2015—The event that can help all businesses grow

However, ATB Financial Economist Todd Hirsch had this to say on the matter: “Even with the increase we’re still in a weak price environment but it does reassure people that those doomsday scenarios that took place in January seem less likely now.”

For more information regarding the oil industry, make sure to visit our sister brands Exploration World and Energy Digital.