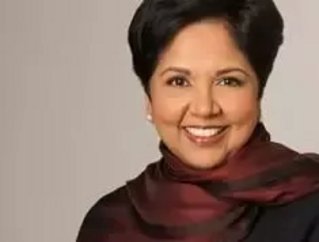 As an executive, it’s important to be connected—and these days, there is no shortage of ways to connect with your colleagues and the public. This week a major high profile executive has embraced the potential power of social media, or at the least is testing the waters. Indra Nooyi, CEO of PepsiCo, has made her official debut on Twitter.

So far Nooyi is taking it slowly, issuing just one tweet to date:

While Nooyi has amassed over 1,100 followers already, she is following less than a hundred herself. This smaller list is a Who’s Who of influencers, from political and philosophical leaders (Neil DeGrasse Tyson, Madeleine Albright) to fellow female CEOs (Yahoo’s Marissa Mayer, Youtube’s Susan Wojcicki, General Motors’ Mary Barra)—and of course several Pepsi related accounts.

While it’s likely that Nooyi would have no trouble reaching these colleagues and leaders through other means, Twitter offers one more avenue to interact and collaborate. Whether Nooyi takes an active role or a listening role in the medium, her presence is an important one.