Profile: Who is investment specialist Jason Calacanis, author of ‘Angel?’ 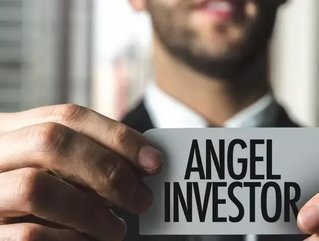 With the release of his book ‘Angel’ this week, self-made investor Jason Calacanis has opened up publicly about his successes.

Offering advice on ‘how to invest in technology startups,’ the book has broken the top 20 in both Amazon’s investment and finance charts.

Calacanis has had an extremely illustrious and influential Investment journey, allowing him to give insights into this world.

He first came onto the scene with the creation of Silicon Alley Reporter, a flourishing US trade magazine that was eventually priced at $20mn by a potential buyer. Turning down the offer, Calacanis saw his business turn to dust with the burst of the dotcom bubble, taking him from the ritz to the rubble.

Not giving in, Calacanis set up Weblogs Inc with Brian Alvey in 2003. The company thrived as Silicon Valley Reporter had done and within two years it was earning $1000 daily from Google’s AdSense. By 2005, AOL bought Weblogs for a sum between $25mn and $30mn.

Calacanis has since founded and ventured into multiple companies, but he has made his biggest money in the angle investment industry. Calacanis therefore offers two insights in his book: make a startup with value, or invest in those who have.

Calacanis’s investment brain has seen him act as an early financer in the likes of Uber, and now boasts of $10mn investments in 40 different startups, making him a $150mn return.

Published by Harper Collins, Angel is likely to inspire many budding angel investors, with Calacanis’s story being the fairytale example.