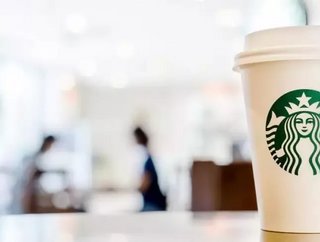 Founded in 1971 in Seattle Washington by Jerry Baldwin, Zev Siegl and Gordon Bowker, Starbucks has become a global juggernaut, with over 23,000 premises in over 70 countries, selling a variety of coffee, sandwiches, pastries and snacks.

With the revival of the Pumpkin Spice Latte, one of the company's most popular seasonable beverages, we take a look at its global rise and growing number of stores around the world.

1987 – the trio sell the company to Howard Schultz who constructs new stores within America and Canada.

1996 & 1997 – Starbucks enters the Japanese market with their first store in Tokyo, in addition to building stores in Singapore and the Philippines.

1998 – Starbucks enters the UK market and purchases the Tazo Brand for $8,100,000, which is now a division of the company, in addition to building stores in Thailand, Malaysia, Taiwan and New Zealand.

2000 – 2003 – Starbucks enters a multitude of international markets, from the Middle East and south east Asia, to Latin America, Australia, Europe, Mexican and Peru.

2006-2007 – The company eyes up the Russian market and builds its first store within the region, in addition to the Czech Republic

2009 – The menus begin to include healthy alternatives to further attract the health market.

2010 – The Starbucks brand reaches Africa in a deal with Southern Sun Hotels South Africa. The company also enters the cruising tourism market in a deal with Royal Caribbean International.

2011 – Starbucks buys Evolution Fresh for $30 million, now a subsidiary of the company.

2012 – The company buys Teavana for $620 million and opens its first stores in Mumbai, India, Norway and Finland.

2013 & 2014 – Stores open in Vietnam and Brooklyn, and also enters supermarkets with the arrival of a Starbucks store in Denmark.

2016 – Starbucks will be opening new stores in Italy, Slovakia and South Africa this year, further expanding their revenue and market growth.