Tesla Motors Is Revving Its Engine For Success 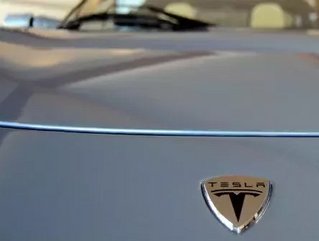 The Hollywood stories of Facebook and Instagram rapidly ascending to billion dollar companies is typically what’s associated with startups. We think of college students in their dorm rooms working manically to build the next big thing. The Social Network did a good job of crystallizing the myth and cementing it as the startup status quo. But it’s false. Those two companies are extreme outliers. A more realistic startup evolution is Tesla Motors.

Tesla Motors was founded in 2003 and initially funded by Elon Musk. Joining Musk was a group of fearless Silicon Valley engineers who set out to prove that electric vehicles could be awesome. It’s been a grueling 10 years, not a Hollywood tale of rapid success.

The automobile industry is one of the most competitive. The industry has done a great job of protecting their market position by making the barrier to entry extremely high.

Closely tied to the automobile industry is oil. Another industry titan who likes to maintain the way things are going. When the oil and auto industry team up to defend a position, it would take a courageous, arguably an idiot, to want to play with these boys.

Very few people would have the audacity to invite themselves to this party.

There were times when Musk was ready to throw in the towel. The 2008 financial crisis was an uppercut to Tesla. Tesla was five years old and Musk was weeks away from folding the company and abandoning his dream. Years of work and tens of millions of dollars of his own money was at risk.

If this would have been Musk’s first attempt at entrepreneurial success, the story would end here. Having the resiliency and resources to continue came from previous successes:

1. Musk’s career began in 1995 after dropping out of his PhD program in Applied Physics and Materials Science at Stanford and founding a software company named Zip2. At the height of the dot com bubble, Musk and his brother sold the company for over $300 million in cash. Homerun.

2. After selling Zip2, Musk founded another company called X.com. One year later and after acquiring Confinity, the companies merged and became Paypal Inc.  In late 2002, Ebay paid $1.5 billion for Paypal. At the time, Musk owned over 11% of the shares. Homerun.

After hitting two home runs in seven years, Musk had the capital and resources to attack the oil and auto industry. But the goal wasn’t to bring an electric car to market.

The goal was to move clean energy and humanity forward.

After Musk sold his first two companies, he found himself with a tremendous amount of wealth. He didn’t retire or go buy an exotic island in the Pacific to live on, he immediately went back to work.

A year before founding Tesla, Musk decided to start another company. He decided to try something no one had ever thought possible; a commercial space business. Why not?

SpaceX was founded with over $100M of Musks personal money and what seemed to be a delusional dream in 2002. Space X is the first and only commercial entity to successfully carry a payload to the International Space Station, an accomplishment previously only held by countries. The next step for SpaceX is to put humans on Mars.

In parallel to SpaceX was Tesla Motors. With another large personal investment, Musk took his acumen and decided to implement a technology that’s existed since the days of Nikola Tesla.

Running a vehicle solely on electricity is not novel. Electric motors powerful enough for high performance vehicles have been around for decades. The novel part is one man standing up to the oil and auto industry.

Without people like Musk rebelling against the status quo and pushing things forward, things don’t change. The incumbent ideas and ways will persist indefinitely, unless there’s intervention. Tesla Motors is a symbol for progression. The progression of clean energy and the longevity of humanity.

Tesla’s first car was the Roadster. A flashy high performance sports car powered only an electric motor. The car accelerates from 0-60 mph in 3.7 seconds!

The Model S came out a few years later and has been pushing the company forward. The luxury sedan looks like a Jaguar with a facelift and in 4.2 seconds goes from 0-60 mph. The entire car is made up of less than 25 parts. No oil changes, no gas. The only maintenance is on brakes and tires.

In 2014, Tesla will release their Model X. An affordable SUV that will share the same performance as the Model S, but spacious enough for the entire family.

Five years after the 2008 financial crisis, Tesla is valued over $12 billion dollars and rising.

New products are in the pipeline and partnerships with Mercedes and Toyota have secured the company in the industry. The Little Engine Who Could story has crossed over into reality. When one takes a step back, it’s hard not to look in awe at what Tesla has been able to do in 10 years.

If you were propositioned with an idea to enter into an industry protected by auto and oil interests, with a technology people have tried to do (electric autos) and failed over and over again, you tell that person they were nuts. And going to fail.

Which it has, Elon Musk and Tesla Motors are doing the seemingly impossible. They are disrupting an industry thought to be untouchable by new entrants. It’s been driven by the vision of an Internet entrepreneur turned protector of humanity’s survival, with an unwillingness to allow status quo to define the trajectory of the future.