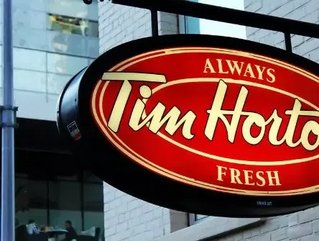 Canada’s favorite coffee spot not gaining the same amount of steam in the U.S.

"If I have the option to go to Starbucks or Tim Hortons, I'm going to Starbucks," said the 17-year-old student from New Orleans who ordered an ice cappuccino at Tim Hortons during a recent holiday in New York. Starbucks has "much more variety and it's more convenient since there are so many of them."

The Canadian coffee giant’s failure to capture the palettes of American consumers, where Tim Hortons classic Canadian charm is a minute factor in an inundated fast food market, is increasing turbulence among its stakeholders.

Investors claim that the $664 million (U.S.) invested toward U.S. expansion over the last ten years has been a total waste.

"They are meeting the point at which they won't be able to open any more stores in Canada," says Jim Danahy, chief executive officer of Customer LAB, a Toronto-based retail consulting firm. "They know long-term growth will have to come from the U.S."

The coffee and donut shop just faced harsh criticism for its U.S. strategy from Boston investor, Highfields Capital Management LP and Scout Capital Management LLC in New York, which holds four and five percent of Tim Hortons shares. Both firms have been pressuring the company to scale back on U.S. expansion, and start directing capital toward share buybacks.

Scout said in a letter on June 25, "The company's consistent and long-standing underperformance should long ago have been a wake-up to Tim Hortons' board and management. We urge you to curtail the use of the company's cash flow to fund real estate or new store capex in the U.S."

Analysts attribute poor results to the company’s inability to successfully market to U.S. consumers, along with the chains small market presence.

"Competitiveness and brand would be the two biggest issues for them in the U.S.," said Bobby Hagedorn, a St. Louisbased analyst at Edward Jones. "There's just more options, and they're just so much smaller."