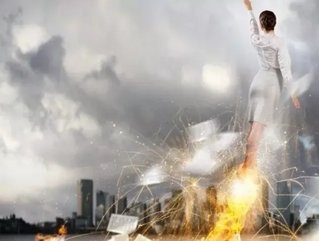 Canada ranks as one of the top countries supporting women in business. There are over 800,000 women business owners and according to the Global Entrepreneurship Monitor, there are over 98 million women at the helm of established companies in Canada.

RECENT TOPIC: Breaking into the workfoce: tips for graduates to find employment

In a male-dominated world of business, these women are recognized as leaders because they’re changing perspectives, creating legacies, and transforming the face of business. Women in business help inspire other women to pursue their dreams, and these 10 women are reshaping the future of business in Canada.

As the Atlantic Practice Managing Partner for Deloitte & Touche LLP, MacDonald oversees the company’s marketplace presence in Atlantic Canada. With more than 20 years of consulting and public accounting experience, she has devised and provided government training for major public-sector clients while also advising several organizations on accounting requirement changes and the implications of outsourcing.  She is a member of Deloitte’s national board of directors and several medical industry boards, including Women’s College Hospital board in Toronto.

Marianna McKenna is one of the primary partners of Kuwabara Payne McKenna Blumberg, one of Canada’s leading architecture firms. Coming from a medical family, McKenna wanted to pursue architecture so she could blend her creativity with her passion for advancing causes.

"I wanted to create great projects in the community," McKenna says. Her aim is to work with institutions to transform society and encourage people to get involved in the community. "The buildings are a kind of outreach. People walk by and say, 'Gosh, what's that?' They might think, 'Maybe I should take lessons, maybe I should be a part of that.”

Along with working on a variety of projects for KPMB, her past accomplishments include a research center at McGill University in Montreal, the Torys LLP office in Toronto and the Genome Quebec Innovation Center. However, her proudest achievement has been the transformation of the Royal Conservatory of Music – a project 18 years in the making.

Since 1988, Harriet Lewis has been the university counsel for York University, taking on roles at Secretary of the Board of Governors and the Secretary of Senate. In 2011, she received a York University Alumni Association award for their leadership and contributions to the school. During her tenure at York University, Lewis has been a member of numerous committees, as well as serving as president of the Canadian Association of University Solicitors. She has also supported various programs including the SmArt program with the Art Gallery of Ontario, helping to raise funds for student scholarships in creative writing and literature. Lewis retired in 2014.

“I’m an alum of York so I’m sure I will continue to have some sort of relationship with it,” said Lewis. “You can’t spend 26 years at an institution as exciting and confusing and wonderful as York without having met an awful lot of people who you care about.”

Rosemarie Leclair has been Chair and CEO of the Ontario Energy Board since 2011. She previously worked as president and CEO of Hydro Ottawa Group of Companies, helpiing to increase the company’s profits and shareholder value, as well as improving community contributions and enhancing services. In addition, she was vital in creating innovative energy conservation programs that are now offer across Ottawa.

Leclair is known for her skill in handling and negotiating complicated issues in public administration having spent more than 15 years with the City of Ottawa as a senior manager in the Public Works and Services sector.

As Managing Partner and Advisory for Ernst and Young LLP, Anne-Marie Hubert has carved a name for herself in the business world.  Joining the company in 1985 as a senior accountant, Hubert became managing partner of the advisory services practice in 2009. She has been on the forefront of the firm’s gender-equity programs in Canada, receiving numerous awards for her role in the advancement of women in business. In addition, Hubert is a board member of the Chamber of Commerce in Quebec as well as sits on the public affair committees of several chartered accountant organizations.

Leslie Galway is chief executive of WHSCC, an employer-backed, no-fault insurance system that services roughly 12,000 injured workers in Canada. Galway has previously worked as deputy minister of business for the Government of Newfoundland and Labrador, as well as vice chairperson of the Board of Commissioners of Public Utilities.

In 2014, Galway was reappointed as Governor representing Newfoundland and Labrador on the Council of Governors of the Canadian Centre for Occupational Health and Safety. She has been recognized numerous times as one of Canada’s most powerful women.

Margaret Franklin has been the President and Chief Executive Officer at Kinsale Private Wealth Inc. since January 2010. She is a former Chairman of the board of governors of the global CFA Institute, as well as a past president of CFA Society Toronto and is a CFA charterholder.

As President of the Canadian Teachers’ Federation, Mary-Low Donnelly has spent the last 30 years as an educator in the Halifax Regional School Board system, residing as president of the Nova Scotia Teachers’ Union before being appointed to her new position. She has founded various programs across Canada, including the Nova Scotia’s Coalition Against Workplace Violence. In 2005, she won the Canadian Progress Club Women of Excellence Award.

Anne Doig is president of the Canadian Medical Association in Saskatoon. She is involved with various medical committees and agencies, including the Saskatchewan Cancer Agency, as well as clinical associate professor at the University of Saskatchewan. In addition, is the owner of Saskatoon’s City Centre Family Physicians, where she has been a doctor for 32 years.

In 2010, the Women’s Executive Network recognized Dr. Doig as one of Canada’s Top 100 Most Powerful Women. She has been honored as a recipient of an Exceptional Service Award in 210 by the Saskatoon Health Region, as well as given an Award of Excellence from the College of Family Physicians of Canada in 2011.

Making our list at #1 of the top women in business in Canada is Nathalie Bernier. As associate director of KPMG, Bernier has held various leadership roles at the firm as well as working with KPMG’s senior management on developing strategies and redesigning the company. In addition, Bernier is a chairman for KPMG’s management committee in Montreal and a member of the firm’s national committee for strategic and operational decision-making. She also sits on board for the Quebec Federation of Chambers of Commerce and the Montreal Women’s Centre committee.