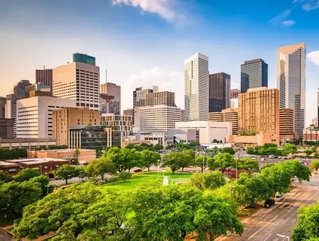 While small businesses make up the vast majority of all businesses in the US, the number of people employed by these firms only accounts for about 47.5% of the population. A Guardian report published in September 2018 quotes US Census Bureau employee Adam Grundy as confirming that only about one third of small businesses in the US actually employ people. As Grundy explains, the 76.2% of businesses that have no employees accounted for just 4% of sales of all small businesses. These ‘businesses’, according to the report, are typically “self-employed individuals operating a very small unincorporated business which may or may not be the owner’s principal source of income.”

Whether or not these operations can truly be considered businesses is still up for debate; while a ‘side hustle’ wasn’t necessarily considered a business a decade ago, the gig economy has driven so many, particularly in the US, to maintain several jobs that an argument can be made for moving the goalposts of public perception with regard to such enterprises.

Regardless of where the line between business and monetized hobby is drawn, a staggering number of businesses (mostly small - also sometimes large) are created each year in the US, across every one of its 50 states.

This week, personal finance website WalletHub released its 2019 rankings of Best & Worst States to Start a Business. The report notes that one in five startups fail in the first year, and half of all new businesses don’t make it to their fifth year. “But startups fail for different reasons, a “bad location” among the most common. Choosing the right state for a business is therefore crucial to its success. A state that provides the ideal conditions for business creation — access to cash, skilled workers and affordable office space, for instance — can help new ventures not only take off but also thrive,” the report says. Here are the five best states to establish a new enterprise, according to the report.

A combination of the lowest business costs in the nation and a top 10 ranking in the Business Environment category allowed Oklahoma to snag the number five spot. The state’s traditionally agrarian economy means it came in the bottom-middle of the pack for Access to Resources.

One of the least populous states in the Union, North Dakota ranked second in the nation for Business Environment, 19th for Access to Resources and 32nd for Business Costs. The WalletHub report also consulted several experts, including Joseph Fox, MBA – Visiting Assistant Professor of Practice, Management, Director, Fitzgerald Institute for Entrepreneurial Studies at the University of North Dakota. According to Fox, “States should understand that entrepreneurship ecosystems are dynamic systems with a tremendous number of factors interacting simultaneously. When policy-makers decide to pull one string, they should ask themselves if they really know what other strings it is tied to within the system.”

Fast becoming the second home of the US movie industry, and the air freight capital of the world, Georgia’s capital city Atlanta has become a rising heavyweight of the nation’s economy. Georgia ranked fifth in Business Environment, 17th in Access to Resources and 13th in Business Costs.

With a largely diversified economy, Utah has a presence in the tourism, mining, agriculture, manufacturing, information technology, finance and petroleum production industries. The state came seventh in Business Environment, second in Access to Resources and 26th in Business Costs.

Home to massive tech campuses belonging to the likes of Apple, a large portion of the US oil industry and vibrant startup scenes in Austin, Dallas and Houston, Texas tops the WalletHub list as the best state in the nation to open a business.