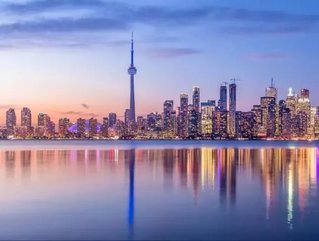 Toronto is the only Canadian city to have been named as one of the 20 candidates for Amazon’s proposed second headquarters, HQ2.

Having reviewed 238 proposals from cities across the US, Canada and Mexico, Amazon has reduced its list to just 20 metropolitan areas.

A number of other Canadian cities, including Vancouver, Calgary and Montreal, all submitted proposals, however, lost out in the race.

“Thank you to all 238 communities that submitted proposals. Getting from 238 to 20 was very tough – all the proposals showed tremendous enthusiasm and creativity,” said Holly Sullivan, Amazon Public Policy. “Through this process we learned about many new communities across North America that we will consider as locations for future infrastructure investment and job creation.”

Now Amazon will look to work closely with Toronto and the other candidate cities across the US, including Boston, New York, Los Angeles, Chicago and Washington, in the aim of further analysing the feasibility of each destination.

The prize remains high, with Amazon having claimed that the build will bring investments of over $5bn in its chosen region, directly creating 50,000 new jobs in the process.