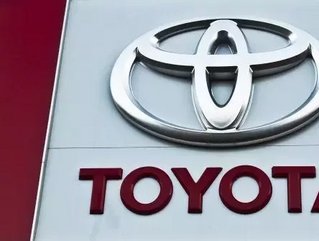 Toyota Motor Corp will pay a record $1.2 billion to resolve a criminal investigation into safety issues.

The settlement between the Justice Department and Toyota includes an admission by the auto manufacturer that it misled American consumers about two different problems that caused cars to accelerate even as drivers tried to slow them down.

It’s the largest ever penalty levied by US authorities on an auto company.

The agreement comes as General Motors is also under investigation over safety defects, and top officials said the Toyota settlement could serve as a template for similar cases.

“My hope and expectation is that this resolution will serve a model for how to approach future cases involving similarly situated companies,” Attorney General Eric Holder told a news conference on Wednesday, though he declined to discuss GM specifically.

The Toyota deal came as no surprise to the automaker and finally resolves issues that have hung over the company since 2007. Although the investigation at a government level has been resolved, the issues have been linked to at least five separate deaths and as such a number of private lawsuits are still ongoing.

Prosecutors filed criminal charges against the company but agreed to defer and drop them if the company allows an independent monitor to review its safety practices and if it abides by the terms of the deal.

Toyota is “effectively on probation for three years,” US Attorney Preet Bharara, whose office conducted the investigation, said at the news conference. “It cared more about savings than safety and more about its own brand and bottom line than the truth,” she said.

Toyota will take a $1.2 billion after-tax charge for the settlement in the fiscal year ending March 31.

“Entering this agreement, while difficult, is a major step toward putting this unfortunate chapter behind us,” Toyota's North American legal chief Christopher Reynolds said in a statement.

Toyota’s settlement resolves a long investigation conducted by US authorities, which has lasted more than four years. However, the first reported problem dates back to 2007 when the National Highway Traffic Safety Administration opened an enquiry regarding the Lexus ES350 model after reports of unintended acceleration by the vehicle. Lexus is made by Toyota.

The problems gained public attention in 2009, when a highway patrolman and his family were killed in a Lexus ES350 in San Diego. Subsequently Toyota recalled millions of vehicles, beginning in 2009.

But Toyota's statements about the recall misled the public because it didn't recall all the cars susceptible to the problems, caused by faulty floor mats, prosecutors said. A Toyota engineer concluded that the top-selling Corolla was among the worst vehicles for potential floor-mat entrapment, but the model wasn't included in the recall.

The company also concealed from the public and regulators another type of unintended acceleration caused by pedals getting stuck, officials said.

The company had canceled a design change to address the issue in the wake of the San Diego accident, prosecutors said. No individuals were charged as part of the settlement.

MORE ABOUT THIS STORY: