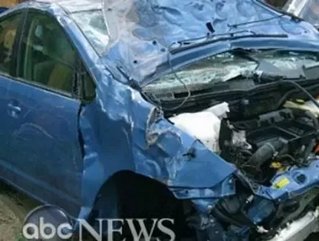 Toyota Motor Corp. just won a dismissal of 26 of 33 claims in a stockholder lawsuit regarding alleged sudden, unintended acceleration issues that have been the root of massive problems for the automaker. Its Toyota Prius caused a driver to be killed in San Diego early in 2010 because of unintended acceleration and it seems as if Toyota and all of its recalls following the accident haven’t helped the brand’s reputation. Toyota has seen a 20 percent drop in shares in January and February of last year.

According to BusinessWeek, the lawsuit raised claims under Japanese security laws that the U.S. court didn’t have original jurisdiction. The claims involved investors who purchased their stock on foreign exchanges.

The investors were led by the Maryland State Retirement and Pension System and said in the complaint that internal documents show the Toyota City, which is also Asia’s largest car maker, deliberately hid the acceleration problems and knew about the alleged defects as early as 2000.

“We are pleased that the court has granted Toyota’s motion to dismiss most of the claims in the federal securities case,” Celeste Migliore, a Toyota spokeswoman, said in an e-mail. The company believes it’s important that the judge rejected the shareholders “attempted end-run around” a Supreme Court decision to pursue claims under Japanese law, she said.