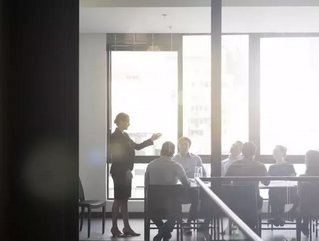 Throughout the past year, Business Chief has spoken to various business leaders about the importance of gender diversity, especially in the traditionally male-dominated field of technology. Several organizations are taking big steps to improve their gender balance and promote female role models, while many argue women must still work hard and motivate themselves and one another to prove themselves in male-dominated sectors.

Speaking to our new FinTech Magazine, Finastra’s APAC Marketing Leader Smita Gupta discusses the cultural issues in creating a diverse workforce. “People from each country have behaviors and attitudes driven by where they come from, but it’s never too late to change,” she comments, adding that Finastra sees itself as a regional sponsor of inclusion and diversity. “Something very close to my heart is creating a more diverse workplace – how do we get rid of unconscious bias?”

Aside from efforts made by large corporations, Gupta says it’s important for women and men alike to be proactive and keen to learn. “While it’s important to have role models, don’t wait for the organizations to give you those models. Go out and seek a coach who will listen to you, is someone you trust, and is willing to commit time and be part of your career journey.”

Vicki Batka, Vice President of Cisco’s APJ Partner Organization, echoes the importance of mentoring, and she herself acts as a mentor. She has noticed that for some, a conversation with an experienced leader is all it takes. “Especially when I talk to females, usually they know what they need to do, they just need someone to listen and help reassure them,” Batka comments. As a mentor, she sees self-image as a key challenge faced by women especially in STEM fields. “A female will look at a job spec with 10 attributes and say ‘I’ve only got five so I won’t be successful’, whereas a male might say ‘I’ve got two; I’ll go for it’.  Sometimes, you’ve just got to go for it. I spend a lot of time talking to people about how to use their network.”

Gupta adds that those already in leadership positions should strive to open up opportunities. “My call out to women leaders, and male leaders who have been successful, is to throw out the ladder to the one behind them, whether male or female, and create opportunities for others.”

“Role models are very important,” emphasizes Andy Pearson, Managing Director at Santander UK Technology. “We are participating in the Thirty Per Cent Coalition where we have role models, both men and women, to mentor women in our organization, and women at Santander are being mentored by those from other organizations.” Santander is committed to having a mix of men and women across its tech-led workforce. “Gender diversity is very important to us,” Pearson adds, commenting that Santander was a founding signatory of the HMRC Women in Finance Charter.

Acknowledging that “women in the world are coming into the room at a disadvantage”, Amy Jadesimi, Managing Director of Nigerian oil and gas fabrication and logistics base LADOL, says it’s still up to women to put in that extra bit of work in order to be recognized among their male peers. “You do have to prove yourself – you have to be ‘better than’ in order to be considered ‘equal to’… if you want to be successful you need to be prepared to work hard. If you want to be successful as a woman, you have to be able to work hard and be extremely brave and strategic. Be brave enough to make tough choices. The tough choice in this case is the choice society doesn’t expect.”

Jadesimi adds that organizations can however facilitate this, coming back to the importance of having someone to look up to. “I like to think that we can help by publicizing what myself and other women have been able to achieve, as well as publicizing how important it is to governments and corporations to have women succeed.”

What else can an organization do to foster a diverse workforce, both between genders and more broadly? “It’s about how you create a more equitable workforce. As managers, sometimes we are too blinded by the job spec. When I’m interviewing someone, even if they don’t have the immediate skillset I need for the job role, but I know they have the passion and fire in their belly, I am willing to invest in them and give them the opportunity to thrive. We should look at identifying those hidden talents and creating opportunities for those around us,” says Gupta.

Batka agrees that especially in technology which changes so quickly, softer skills like adaptability are important and a diverse range of people should be considered to fit the bill. “At Cisco, we’re hiring people from very diverse backgrounds, not just technology.” For Cisco, diversity takes many forms. “Some people just think ‘women’, but for our region it’s also about ethnicity. We’re quite fortunate in Asia: a lot of women work and lead businesses in the Southeast Asia region in particular. But you have other countries where they don’t. All we can do is lead by example. A lot of companies talk about diversity, but Cisco truly believes and demonstrates it.”

Gupta, among others, is keen to outline the very real impact fostering a diverse workforce can have. It’s no longer seen as a positive CSR step, but in fact benefits an organization’s bottom line and is becoming a key strategic advantage. “Enough research has been done to show it impacts the bottom line and the profitability of the organization,” she explains. “If organizations want to fuel innovation, diversity and inclusion are key. With more diverse leadership teams, companies can earn more from innovation with higher EBITDA margins as well.”

Diversity of course extends to a variety of cultures, abilities and skillsets as well as genders. “If you draw on a variety of cultures, this insight allows you to serve customers better,” says Gupta. “As organizations expand and want to target various markets, when you have a diverse team they can be your eyes and ears in giving you those insights. You can look at clients’ needs from a completely different perspective.”

On a national and global level, various studies have shown that supporting women in the workplace adds significantly to GDP. “There is no country in the world right now that can afford not to invest in and take advantage of that,” comments Jadesimi. “Corporations could increase their bottom line by 40% just by supporting women. I think it’s really important to show the economic rationale for those women who don’t have a voice, an education or other opportunities, so we can help them and encourage people who aren’t giving access to think differently about what women can contribute.”

Batka, too, is pleased with the tangible results Cisco has seen in APAC and beyond thanks to its commitments to diversity, and looks forward to more progress in the future. “In the old days, the IT industry was a boys’ club,” she concludes. “Not anymore. We’re here, and we’re different.”