By Clayton Costello
May 19, 2020
undefined mins 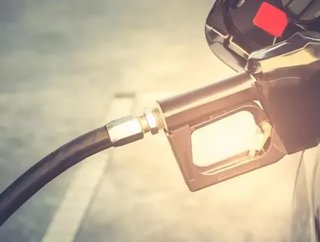 Prime vs. standby generators, final Tier 4, and what it all means for facilities managers

With the advent of the EPA’s final Tier 4 regulations on diesel engine emissions, many facilities managers are feeling a little flummoxed about whether or not the new rules apply to them. Deciding which applications, for which pieces of machinery, and in which industries the rules apply can certainly be a little tricky to work through. This is especially true for facilities managers who keep track of many different generators with many different purposes. But once facilities managers are familiar with a few generator-specific exemptions to final Tier 4 rules, classifying them becomes far more simple.

Knowing how to classify your generator’s power application is the first step in definitively deciding if a generator falls under the umbrella of final Tier 4 emission standards. But before we delve too deeply into which generator applications are governed by the new rules, let’s pause for a brief refresher on the how, what and why of the final Tier 4 standards.

The new Tier 4 rules were enacted to further reduce two key pollutants which are emitted by diesel engines: particulate matter (PM) and nitrogen oxides (NOx). NOx are known to contribute to the formation of ground-level ozone, one of the key ingredients in the formation of smog. PM exposure has been shown to adversely affect the respiratory system, with finer particles being capable of making it deep into a person’s lungs or heart, according to the EPA.

Prior to 1998, the EPA’s Tiered emissions scheme covered only diesel engines designed for on-highway use, such as with trucks and buses. After a health assessment conducted in 2002 concluded that long-term inhalation of diesel exhaust fumes posed a substantial lung cancer hazard to humans, final Tier 4 emission standards were designed to cut exhaust emissions from diesel engines by 90 percent.

The deadline for the implementation of these new rules arrived at the end of 2015. New diesel engines contracted or purchased in 2016 must comply with these rules, as long as they meet certain size and application criteria.

So, what does this all mean for facilities managers? Do final Tier 4 rules matter at all? When it comes to prime power and standby backup diesel generators in facilities like universities, hospitals and data centers, which rules apply?

Do final Tier 4 rules apply to my generator?

Prime versus standby, or emergency, power is the essential dichotomy for determining if your generator application falls under final Tier 4’s authority. When a generator is routinely expected to be the main provider of power (it’s the “prime power” source), then it does need to comply with the new Tier 4 rules. This is true even if the generator is a mobile one, brought to site with the intention of it providing all of that site’s power only for a period of time. Mobile generators acting in a prime power application are governed by final Tier 4.

Generators intended to provide power only in emergency situations, on the other hand, are not governed by the rules. Backup diesel generators are considered to be in use so infrequently that they can not contribute meaningfully to the levels of PM and NOx present in the atmosphere and hence are exempt. This means that, for FMs whose buildings or campuses have emergency generators because going without power isn’t an option, there’s no need to update those generators to be final Tier 4 compliant.

That doesn’t mean, however, that there aren’t maintenance and efficiency best practices that should be ignored, but that’s a topic for another day. For more background on the final Tier 4 rules and help determining if your application is subject, check out this handy final Tier 4 infographic.