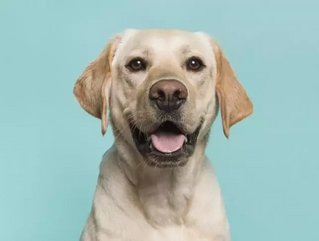 This week in the US, Trump’s trade war faces pressure from domestic businesses and is reportedly costing the country’s tourism industry billions in lost revenue, the nation’s manufacturing sector continues a slow but steady resurgence - posting its first monthly growth of 2019 - and in Colorado, state revenue from the sale of marijuana surpassed $1bn.

From rising tensions in the Middle East to delivery doggy dinners, Business Chief takes a look at some of the biggest stories to affect the US economy this week.

Globally popular breakfast foodstuff - yes, it’s chocolate, hazelnuts and palm oil, but it’s delicious and 100% a breakfast food - Nutella has a new face. According to a report from AdAge, this week Ferrer USA selected independent, New York-based creative agency Terri & Sandy to be the face of its Nutella brand.

The account, which was previously held by Omnicom’s Merkley Partners was beaten out by Terri & Sandy, who will reportedly be reporting on the brand’s breakfast heritage (see?).

“Of all of our wins, this is the only one that has impressed my teenage daughter,” Terri & Sandy Co-CEO Sandy Greenberg said. “She is a huge fan of Nutella and our goal is to create many more devotees in America.”

In less sugary news, this week saw two oil tankers sailing the strait of Hormuz allegedly attacked and set ablaze. While no government or organization has claimed responsibility, a US official has cast aspersions at Iran, which has protested its innocence as it squares off against local US allies Saudi Arabia and the UAE.

In the wake of the attacks, the price of US crude oil jumped by 4% to $62.64 a barrel on Thursday, reversing a precipitous trend of plummeting prices that have defined 2019 so far.

Increased instability in the region could herald higher oil prices in the US, and increased business for Western oil and gas producers.

The initial public offering price was expected to be between $17.00 and $19.00 per share. However, according to Bloomberg, the final price landed at $22 per share, meaning Chewy closed its IPO on Thursday having raised in excess of $1bn. The company is now valued at approximately $8.8bn.