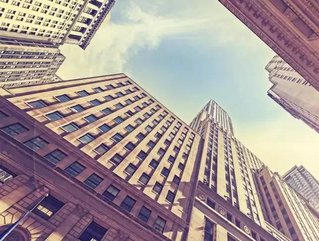 This week in the US, tensions with the Middle East continued to escalate, as the Iranian government downed a $130mn US surveillance drone on Thursday morning. While the matter of whether the drone was encroaching upon Iranian airspace remains contested, the threat of military action reached new heights on the evening of the 20th, as sources confirmed that President Trump had approved strikes against the Islamic Republic, but rescinded orders shortly after.

The incident followed closely on the heels of last week’s oil tanker attacks, and further drove up the price of oil by another 5%. Abrupt hikes in the price of crude are speculated to be behind the halting of the strike, as high prices at the gas pump are a likely result of war with an OPEC member with the ability to disrupt trade through the Strait of Hormuz.

The UK’s largest investment management firm, LGIM, announced this week that it is dumping its holdings in several major US companies deemed to be ‘Climate Change Laggards’. The four US companies cut – ExxonMobil, Metlife, Hormel Foods and Kroger – represent funds worth $5bn.

The race to the foldable smartphone has been hailed as the consumer tech battleground of 2019. While the honor of the world’s first foldable smartphone was stolen at the eleventh hour by the ‘charmingly awful’ Royole FlexiPal, a large part of the Royole’s premature release was due to the imminent release of the Samsung Galaxy Fold.

Unfortunately, review units of Samsung’s first foldable smart device were plagued by display issues which indefinitely delayed the release back in April. However, at an event in Seoul this week, Samsung Display Vice President Kim Seong-cheol announced that the issues had been resolved. “Most of the display problems have been ironed out, and the Galaxy Fold is ready to hit the market.”

On Thursday, workplace management startup, Slack, debuted on the New York Stock Exchange, ending the day up in value by 48% from the company’s reference price of $26 per share.

Slack’s new $20bn market capitalization makes it the second large, venture capital-backed startup to complete a successful direct listing, according to TechCrunch’s report. Direct listing is an alternative to pursuing an IPO that bypasses investor, backer and administrative fees that accompany the process. If direct offering represents a trend in the future of startups reaching publicly-traded status, it could mean significant revenue and influence losses for the investment banks that extract both large fees and favorable stock purchasing options from the process.

The higher they close, the further the fall

Prompted by expectations that next week’s G20 summit could bring about the beginning of the end of the US-China trade war, and rumors that the US Federal Reserve is planning to cut interest rates, benchmark S&P 500 index hit a record high on Thursday.

Wall Street strategists, however, are counseling caution, fearing that the rally is ‘based more in hope than fact.’
“This is probably one of the riskiest points you’re ever going to see in the stock market,” said Michael O’Rourke, chief market strategist at JonesTrading in Greenwich, Connecticut. “The price level here is not supported by fundamentals. It’s supported by sentiment and hype and hopefulness about monetary policy.”