Who is Visa's new CEO? 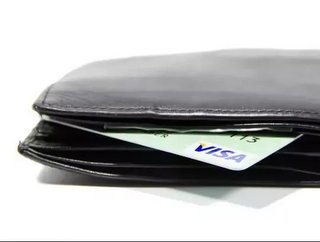 Visa’s Charles Scharf is stepping down as CEO, to be replaced with former American Express Co-President, Alfred Kelly.

Scharf made some big changes at Visa, including reuniting the company with Visa Europe earlier this year, and shares have more than doubled under his command. His resignation letter to his employees stated that he could no longer spend the time in San Francisco required to do his job, and was leaving to spend more time with his family.

Kelly steps up at a time when Visa is facing several challenges, but having been a board member since 2014, he’s prepared. In an interview with Reuters, he stated that he “got a front row sea to the various opportunities and issues the company faces.”

So who exactly is Alfred F. Kelly? Kelly attended Iona College, New York, receiving a BA and an MBA with Honors. For 13 years, he was a trustuee of the college, acting as Chairman of the Development Committee, and has long been a member of the Council on Foreign Relations as well as a part of the Board of Directors for the Iona Preparatory School. He is also Vice Chairman of the Wall Street Charity Golf Classic which raises funds for the Cystic Fibrosis Foundation.

Between 1981 and 1985, Kelly held various IT roles at PepsiCo, for which he serves on the Board of Directors of Concern Worldwide USA. He then was head of Information Systems at the White House until 1987, and joined American Express that year. In 1988 he became Vice President of Technologies, and held various senior positions before becoming President in 2007. Kelly has worked closely with the Chairman and CEO of American Express during this time, and will officially take over from Scharf at Visa in December.

No doubt Kelly will bring his vast corporate experience to the role and continue Visa’s work with aplomb.