Amazon to Buy Video Gaming Site Twitch for More Than $1B 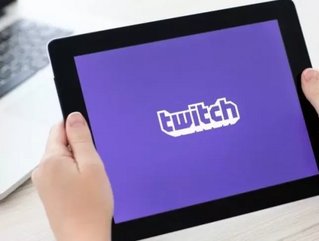 Amazon has agreed to buy video gaming website Twitch for more than $1 billion, according to reports. Twitch allows players to live-stream videogames. The deal could be announced as soon as Monday.

The acquisition would help Amazon cement its position as a leader in the online gaming sector. It would also give it the technological capacity to rival the likes of YouTube and Netflix. According to reports, Amazon is not the first major company to express an interest in Twitch – both Google and Yahoo have also registered an interest in the company.

Twitch was founded in June 2011 and is the most popular online website for watching and broadcasting videogame play. According to network researcher DeepField Inc. Twitch is also the fourth largest source of U.S. Internet traffic.

Amazon has been ramping up efforts in the gaming sphere in recent months, by swelling the number of developers and programmers located at its studios in Seattle and Southern California. The company has introduced several new videogames to complement its Fire TV set-top box, introduced in April, and sells a devoted controller for gaming. Twitch offers an app on Amazon's set-top box, as well as the Xbox and PlayStation 4.

Twitch generates revenue from advertising in its games and from subscribers who pay a few dollars per month to watch. In February, Twitch said it had more than 45 million monthly unique visitors.

The online gaming company raised $20 million from investors, including Bessemer Venture Partners, Thrive Capital and videogame-maker Take-Two Interactive Software Inc. Twitch is the most successful of several products to be spun out of Justin.tv, one of the earliest streaming-video sites on the Web, founded in 2006 by Justin Kan and Kyle Vogt.

Amazon and Twitch have yet to make a comment about the acquisition.

News of the acquisition was earlier reported by tech website The Information.