Blackberry finds cybersecurity to be top concern in corporate IoT 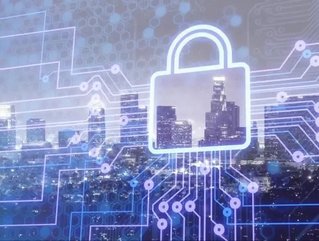 A commissioned study by Canada's BlackBerry, undertaken by 451 Research, has revealed that 63% of organisations view cybersecurity as a significant concern in corporate internet of things (IoT) deployments.

The research paper entitled, Securing the enterprise of things: opportunity for securing IoT with a unified platform emerging as IoT popularity grows, looked at the key concerns with the growth of IoT amongst leading IT players.

With IT decision makers from a wide range of industries having been surveyed in the study, 61% of respondents cited hackers and cyberwarfare as key concerns when it came to the use of IoT, whilst 63% said that security is the top concern regarding digital technologies and processes.

Additionally, the study also found that 78% of respondents showed an interest in having an endpoint that allows a number of endpoints to all be managed in one place, whilst 39% of large organisations viewed a lack of collaboration between internal departments as a barrier to this.

“The proliferation of IoT is being led by enterprises, and they continue to require a unified endpoint management strategy that is capable of scaling to handle billions of connected devices,” said Marty Beard, Chief Operating Officer, BlackBerry.

“We are focused on securing the enterprise of things (EoT) because for all its promise, the expanding adoption of connected things means that companies are only as secure as their most vulnerable endpoint.”