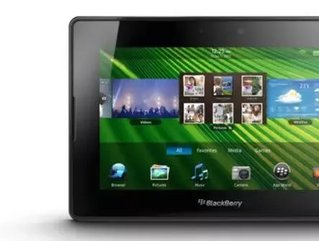 It has been reported in Indiana that a theft of $1.7 million, approximately 5,000, BlackBerry PlayBooks occurred sometime last Thursday. The PlayBooks were stolen while the Ontario-based driver was on a break at a truck stop, RIM, the BlackBerry PlayBook maker, gets more bad news right before the holidays.

The shipment included 22 pallets of BlackBerry Playbook tablets that were en route from the Bright Point Distribution centre in Plainfield, Indiana to Ontario, Canada.

“The theft appears to have been meticulously planned and suspect the tablets may be headed for re-sale somewhere in Florida, a common destination for stolen electronics,” said Chesterfield, Indiana Police in a statement.

The truck has already been recovered in Indiana, but unfortunately without its trailer and shipment. The Police have contacted the FBI Indianapolis office to collaborate on the investigation. Anyone with information should report directly to the police.

This news for RIM is just another disappointment in an unfortunate year. Launching the BlackBerry Playbook in April of 2011 to bland reviews, the tablet did not reach RIM’s expected sales figures. The tablet’s lack of sales caused RIM to take a $485 million hit in an effort to reduce prices on the technology.

What, surprisingly, has been common this year for RIM is BlackBerry theft. Previously this year, $1 million in BlackBerry smartphones were stolen from a Mississauga, Ontario warehouse. Interestingly enough, it seems, thieves must still believe in the potential for RIM’s technology as we can only assume they hope to sell the stolen product.