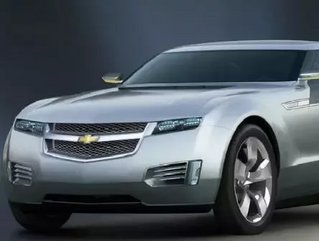 General Motors has decided to recall its Chevrolet Volt hybrid in order to eliminate the possibility that its batteries might catch fire after serious side-impact crashes.

The company says it will improve the vehicle’s structure and battery-coolant system in response to a series of tests conducted by the National Highway Traffic Safety Administration that we told you about in early November.

NHTSA determined that punctures to the vehicle’s battery pack caused a coolant leak, which created short circuit fires hours and weeks after the tests.

GM says the battery itself is safe, and is avoiding using the word “recall” by calling this a “customer satisfaction campaign” to “provide peace of mind to customers.”

White House Says Taxpayers Could Lose $14B with Bailout

“The Volt has always been safe to drive,” said GM Vice President for Global Product Development Mary Barra in a statement on the GM website. “Now, we will go the extra mile to ensure our customers’ peace of mind in the days and weeks following a severe crash.”

According to GM, the modifications will:

The company asks all 8,000 owners of the Chevy Volt to return the vehicles to dealerships to have the changes made. All future Volts will be manufactured with the changes.

Overall, the Volt has received high crash test scores from the NHTSA and the agency says that no post-crash fires have been reported in real-world situations.